A recent MUST READ article in The Walrus featured Reputation.ca prominently 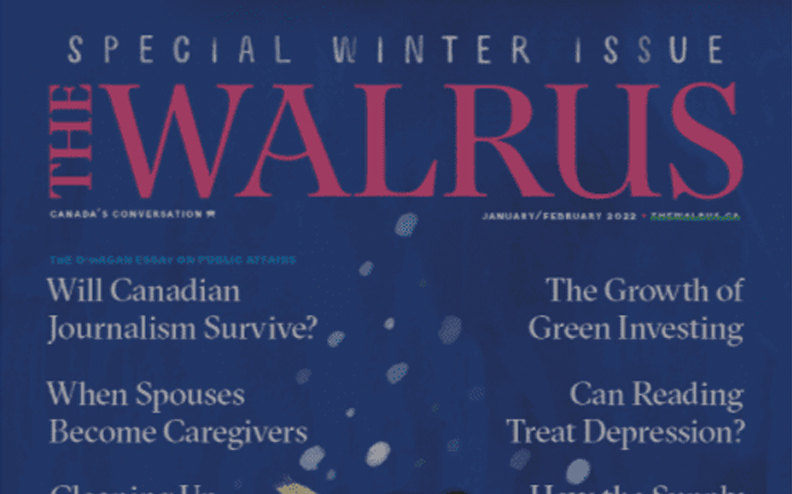 A recent article in The Walrus featured Reputation.ca and Founder Matt Earle, as the publication went in-depth on this important topic with deep fact-checking and a poignant interview. There were also some key takeaways about reputation management that most people have never thought about, but will understand better than ever after reading the article from the January issue, titled “The Dirty Work of Cleaning Online Reputations”. 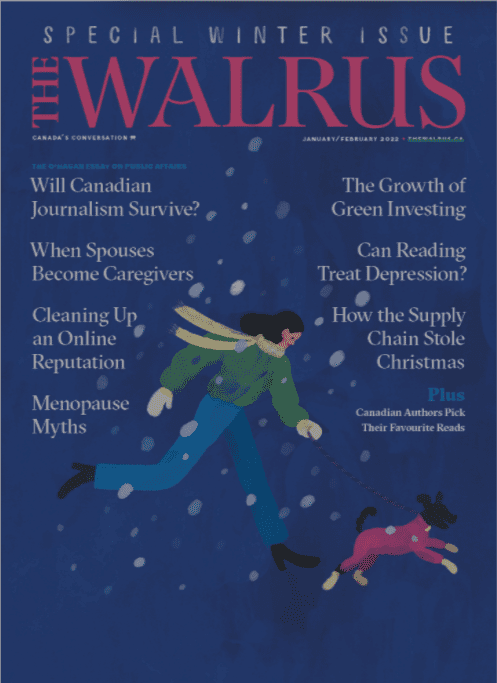 We also learned some critical lessons, some of which we love bringing you through the Reputation.ca Academy. What was learned?

Well, reputation is a social construct based on the opinions and ratings people have about other people or groups of people. In a digital-first world, online reputations are like gold, and tarnished reputations require repair, defense, polish, and fixing.

In the past, the comments and opinions that people emitted were made by word of mouth and affected a person’s reputation in a local and limited way. Today, however, the Internet allows such opinions to be viewed by millions of people, affecting or benefiting the reputation of the person or group of people being discussed.

In the case of companies, the rise of the Internet and social networks has given an important place to the reputation of a company as a basis for its growth. A survey conducted in 2020 found that negative comments on social networks or public forums such as Yelp, scare away 92% of consumers, which ends up affecting the development and growth of the business.

Online reputation management is an industry that right now is worth an estimated $240 million (U.S.) annually. These are companies dedicated to influence, control or hide information online regarding the reputation of a person or company.

Matt Earle, entrepreneur and founder of Reputation.ca offers and develops new strategies to help clients clean up their online reputation. As president of the company, Earle also develops proprietary software, oversees the company’s processes and advises clients who come to him for help.

In 2000 Matt was working as an Internet marketer for a bank in Bermuda attracting new clients. In the 2000s Earle completed his degree at the University of Toronto and began working for Kanetix.com. In that time, he managed to get the website ranked #1 in Google search results.

His technological prowess and skills led him to receive a job offer for a Bermuda bank as a marketing specialist and it was there that he discovered the need for online reputation management.

In 2010, he returned to Canada to found Reputation.ca to provide online reputation management services by designing and executing programs that improve search results for businesses.

Many of Reputation.ca’s clients are businesses that are concerned about the effect of bad comments and reviews received from disgruntled customers and former employees via social media. But Reputation.ca also caters to individuals such as students harassed and humiliated because of an explicit photo displayed on a website, professionals looking to remove junk content from a former client’s blog, or CEOs having to deal with the fallout from old news stories that still appear on google even though they are now obsolete.

Image cleaning and reputation management companies implement strategies to diminish or eliminate content that companies do not want to be found easily. They do this by contacting dissatisfied customers to encourage them to make positive comments and reviews that increase the average rating of the company in question.

In a world where online profiles and reputations are the first and sometimes only impression, reputation management might be one of the most critical services for many individuals and businesses.

Another strategy used by Reputation managers is to modify Wikipedia entries whose volunteer editors can be quite reluctant to remove content of this type. Matt Earle recently spoke more on the topic in an interview.  According to Earle,  “Almost all reputable newspapers have a no-deletion policy.” In contrast, blogs, or review websites, do not follow codes of conduct all the time so it is more difficult to get them to remove material that affects companies.

Reputation.ca’s goal is to help individuals and businesses take control of their reputation with the help of its services. With the help of the latest technology, strategies and relationships the company gets the best results while adhering to a strict code of ethics. “Really, it’s about creating a balance for negative information.” said Earle.

Some of Reputation.ca’s clients are victims of false rumors posted on blogs. But there are also high-profile clients whose reputations have been affected by high media coverage. “My personal opinion is that the vast majority of people deserve a second chance,” Earle said. However, Earle added that his company doesn’t take just anyone who is willing to pay. “We have ethical standards,” he said. Businesses like Reputation.ca protect clients’ with the best practices, the right way, every time. 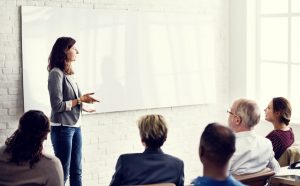 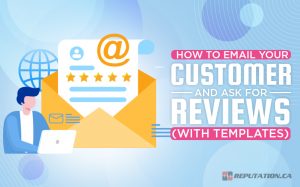 How to Email Your Customers and Ask for Reviews (With Templates) 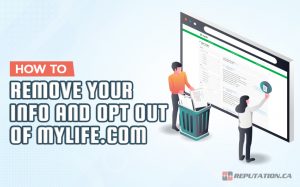 How to Remove Your Info and Opt Out of MyLife.com 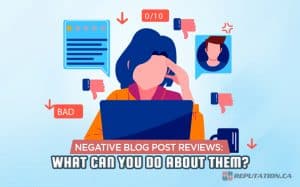 Negative Blog Post Reviews: What Can You Do About Them?