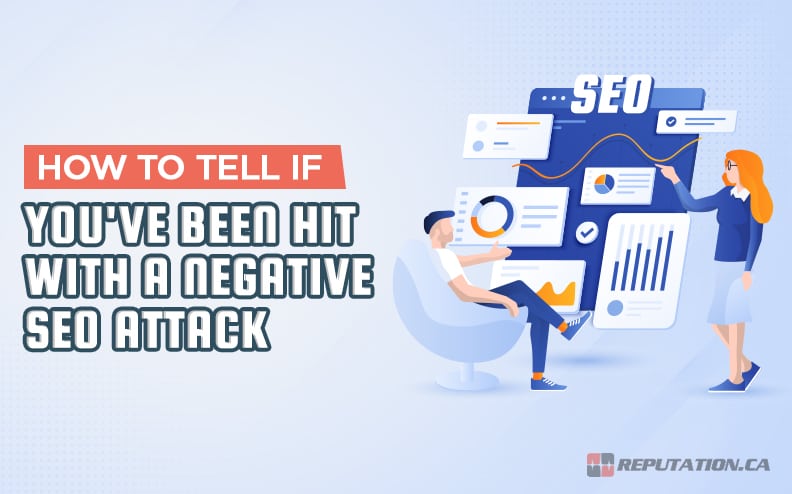 Negative SEO is a boogeyman in the online marketing industry. Some claim it doesn’t exist. Others claim it does, and offer proof that may or may not be compelling. What is it, though, and how can you tell if you’ve been hit by such an attack? Let’s dig in.

What is Negative SEO?

Think about the way SEO works, especially in the years since 2011 and the Panda and Penguin updates.

Meanwhile, to make sure only those high-quality sites rank, they’ve applied penalties to sites that don’t meet their criteria. Sites with unnatural links, sites that participate in private blog networks, sites that use link wheel and link exchanges, and other “black hat” techniques; they’re all penalized or removed from searches.

The thing is, you don’t necessarily control your backlinks. 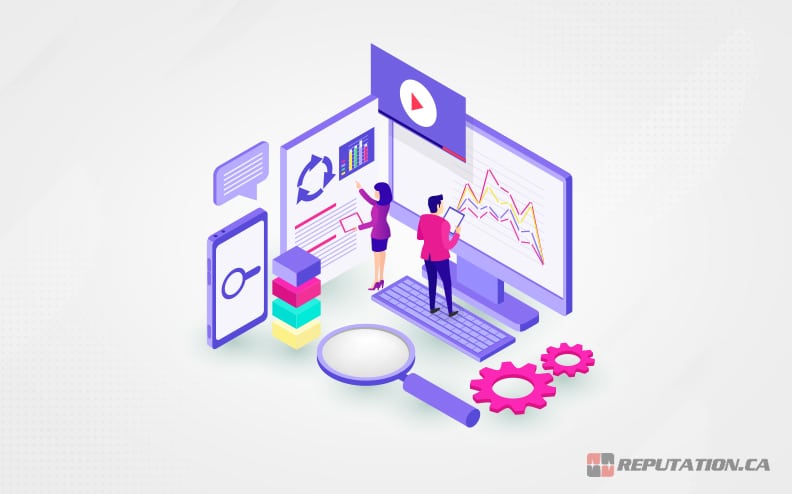 If someone out there has a network of 100 websites, all of which are borderline spam sites and participants in a link exchange, their sites aren’t going to be worth much at all. But, if that same someone decides they don’t like your site, they can add a link to your site in all of their spammy sites. Suddenly, your site now looks like it’s part of their network too, and can be penalized along with them.

That’s the basic principle of negative SEO. There’s more detail to it, intricacies with volume and keywords and other spam technique layers on top, but the basic idea is the same.

Have You Been Hit by a Negative SEO Attack?

There are a few reasons why you might think you’ve been hit by a negative SEO attack, so the first thing you need to do is check. First, answer these questions:

Did your site traffic and SERPs ranking drop? 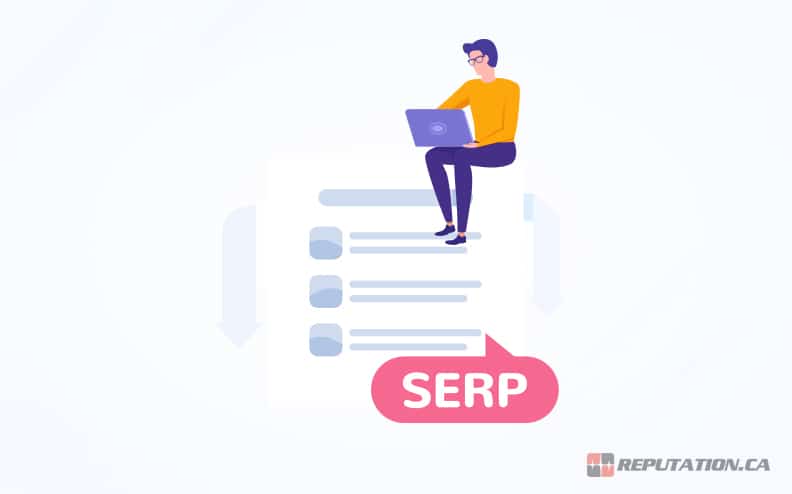 If your site ranking hasn’t moved, and your site traffic is fairly steady, chances are you haven’t been hit by negative SEO. There’s always the chance that someone tried to target you, but their attack failed. This is relatively common, actually, particularly when someone tries to attack a site that has so much momentum and ranking that it’s difficult to budge. No one has a large enough botnet to negative SEO bomb Amazon out of relevance, for example.

If your traffic and ranking dropped, did they do so abruptly or slowly? 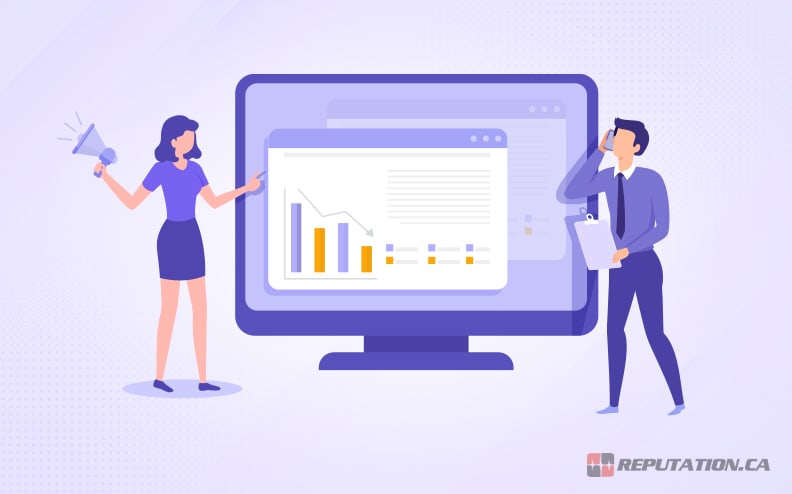 There are times where a site might think it has been bombed with negative SEO, only to discover that they’ve been on a slow decline for a while now and only just reached a tipping point where other competitors out-rank them. Negative SEO is usually abrupt.

Is there another explanation for a drop in traffic or ranking?

A lot of different things can cause a drop in traffic or a drop in ranking. Do any of them apply to you? For example:

Sometimes, a site that thinks it has been the target of a negative SEO attack is actually just a victim of its own misconfigured updates. Additionally, remember that Google shuffles things around sometimes, especially if you make a large change to your site design, branding, or structure. They have to re-index, re-evaluate, and re-rank your content, which can result in a lot of shuffling.

You should also check to see if anyone you’ve hired to work on your website might have taken negative actions. To an extent, there’s no difference between a low-quality marketing company using black hat link building and a negative SEO attack, other than that you’re paying for the first one.

If you think you’ve been the victim of a negative SEO attack, you’ll need to take action. Where do you start?

Using the answers to the questions above, if you suspect a negative SEO attack, you should look for the date your site suddenly lost ranking and traffic. This will be the date that Google implemented a penalty and will be close to the date the negative SEO attack started. There’s always a bit of a delay. According to some studies, it can take up to ten weeks for Google to index a backlink. This can vary based on the source of the link, but since the sites that trigger negative SEO attacks are generally low quality, they are also a low priority. So, look 3-4 months back before the date of your drop.

You’ll want to use a dedicated backlink analysis service for this part. Google’s Search Console can give you a link report, but their reports aren’t always very comprehensive, and they don’t tell you the whole story. You’ll want to use a tool such as Ubersuggest, Ahrefs, Majestic, MonitorBacklinks, or Open Site Explorer. Unfortunately, most of these are paid tools if you want to get the most comprehensive data. Fortunately, they’re very good tools to have on hand, so it’s worth paying for them if you can swing it. 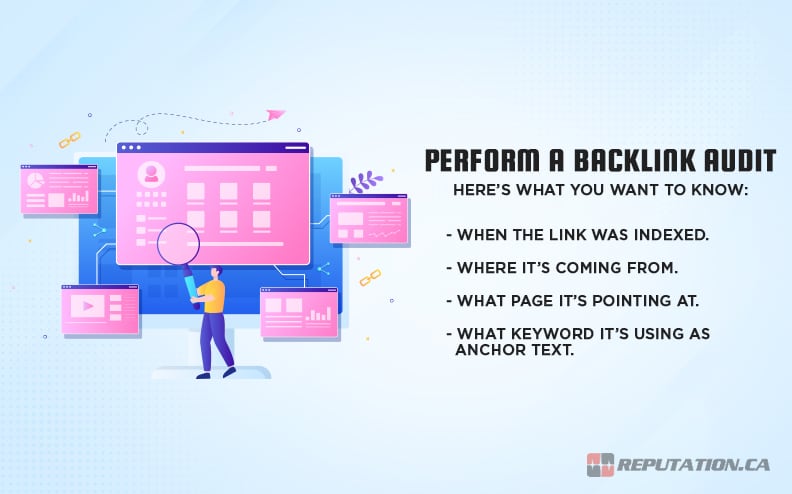 Here’s what you want to know:

When you compile all of this for a given time span, you can start to look for patterns.

Look at the anchor text. Are a large number of links in the same time span using the same or similar keywords as anchor text? Moreover, are they all over-optimized keywords? Over-optimized keyword anchors are a negative factor in modern-day SEO, so it’s one of the more easily-weaponized aspects of negative SEO. Chances are if you have hundreds or thousands of links using the same or nearly-identical anchor texts showing up at around the same time, it’s part of a campaign of negative SEO.

Do large volumes of links, particularly abnormal volumes, show up around the same time? Does it correlate to when Google penalized you, factoring in a delay? This is another pattern that can indicate a negative SEO attack.

How to Deal with a Negative SEO Attack

Coping with a negative SEO attack can be fairly difficult. After all, a sufficiently large bot network can deliver thousands of links in a matter of hours, whereas you have to use paid tools and process those links to get rid of them.

Fortunately, Google can see patterns just as easily as you. So, generally, you have three main options for dealing with a negative SEO attack. 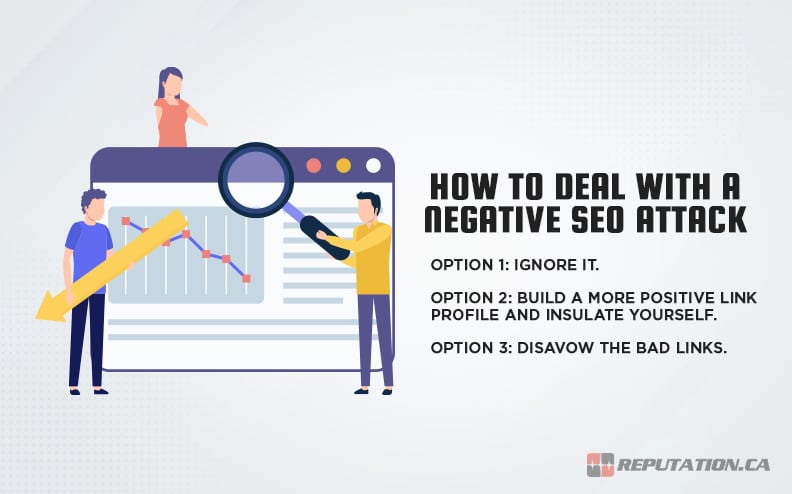 The first choice is to just ignore it. Google can detect patterns and has likely already recognized and flagged a good number of the sites involved in causing a negative SEO attack. Eventually, they will deindex those sites and remove the value, positive or negative, from the links they indexed. Once that happens, your ranking may be restored.

The trouble with this option is two-fold. First, it relies on Google identifying and taking action, which can take a long time. Second, you’re still suffering from the lost traffic and ranking, and that can be devastating to a business. Moreover, since it’s likely a competitor triggering the attack, they can use that opportunity to poach your customers.

This isn’t really an option, unfortunately.

Option 2: Build a more positive link profile and insulate yourself.

The second option is to work to counteract the negative SEO by building more positive links. One great link from a site like Forbes, HuffPo, or a top-tier industry authority can be enough to out-weigh hundreds or thousands of mediocre spam links. Plus, the more of those good, authoritative links to get, the harder it will be to target you with negative SEO in the future.

This method has two main problems.

The first is that it doesn’t actually stop, prevent, or clean up from a negative SEO attack. Your backlink profile will be a mess.

The second is that link-building outreach is difficult, time-consuming, and often expensive. You need to build a positive reputation, you need to reach out to journalists and authors, you need to work on content creation and brand building, you need to negotiate getting a followed, non-sponsored link, and all the rest. And, you have to do that in sufficient volume that it can protect you from negative SEO, which may mean anywhere from dozens to hundreds of positive links.

This is something you should be doing anyway, too, so it’s not really a solution to the problem.

Luckily, Google provides an option for people with bad backlinks. They don’t judge; you can use the tool for negative SEO attacks or for cleaning up your own old link decisions from years ago. It’s called the disavow tool.

The disavow tool allows you to submit a list of backlinks to Google and say, “Hey, we didn’t want these, we know they go against your policies, but we can’t get them removed. Can you make them not count?” Google will parse the list and decide whether or not they agree and, usually, will flag those links as “should not count.”

As Google says, you should only use their disavow tool if you have a large number of spammy backlinks, and those links are liable to cause a penalty. If you only have a few bad backlinks or the links are already deindexed, then you don’t need to worry about disavowing them.

Your disavow file needs to be a .txt file, with no more than 100,000 lines, no larger than 2mb, and encoded in UTF-8 or 7-bit ASCII formats. Generally, this just means “a text file,” but make sure it’s the right kind of text file if you use an exotic environment for development.

Each line in the file should be either a URL or a domain listing. For example, a link on a page from a good website that was likely hacked to add the link can be added manually, such as:

The second choice is to disavow all links from a given domain. For example, if you know that http://spamexample.com has 500 links pointing at you, all bad, you can just put one line in your disavow file to disavow the entire domain. This uses the domain prefix and looks like this:

You can also mark up this file with comments for your own use by starting a line with a # symbol. These lines will be ignored by Google.

Once you have this file in hand, you can take it to Google’s disavow links tool page and upload it.

If you need to update this file, add new links to the file and upload the new complete file to overwrite it. If you want to remove links, do the same, or remove the file entirely by clicking to cancel disavowals.

What about the “get the links removed” bit?

On the disavow page, Google talks about making efforts to get the links removed. This usually means reaching out to the site owner, telling them you don’t want the link on their page to be active, and asking that they remove it. 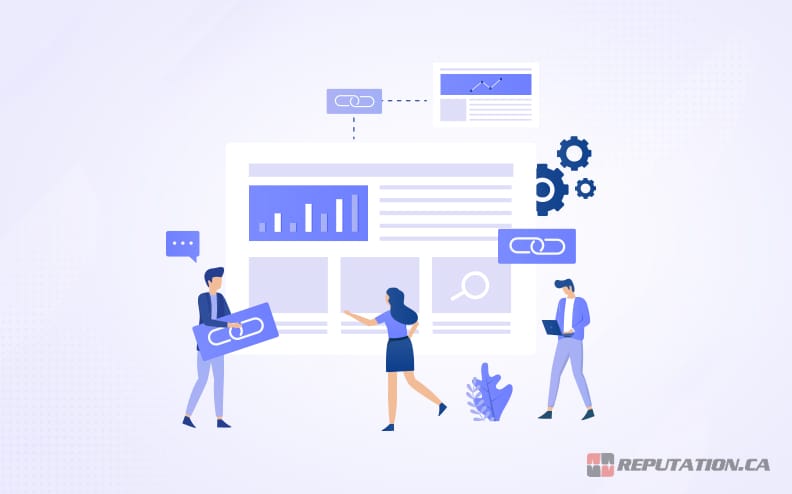 Unfortunately, in the case of a negative SEO attack, this generally won’t work. If the site is hacked and you can fix it by making the site owner aware of it, great. Most of the time, though, the sites are owned by botnets and won’t respond to removal requests. Or, they’ll recognize they’re part of a negative SEO network and will demand payment to remove the links. Either way, it won’t work, and you’re better off disavowing the links.

List of Methods to Remove Ripoff Report Complaints From The Web

How to Respond to a Negative Online Review (with Examples)

Your Name Shows a Negative Result on Google: What To Do Next

Who Keeps Editing My Wikipedia Page? (And What to Do Next)

How to Use Surveys to Track and Improve Your Reputation