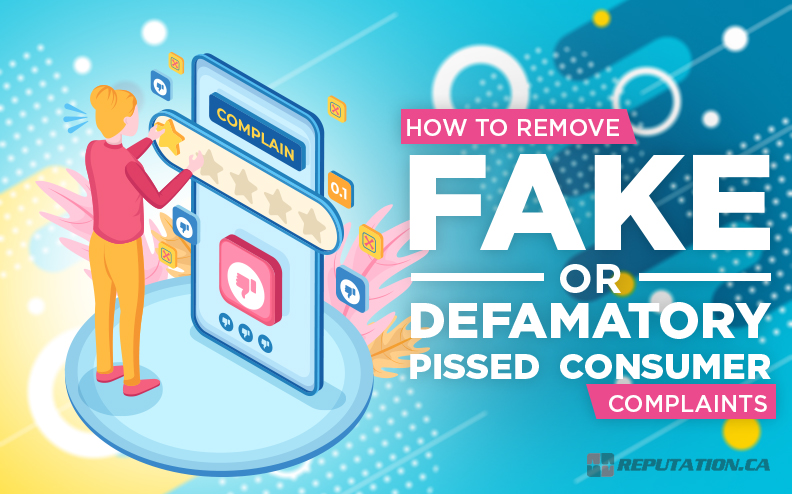 In the world of online review sites, there are generally two kinds of sites.

The first category includes sites like Yelp, TripAdvisor, and TrustPilot. These are sites that aggregate business listings, and allow anyone to come in and leave reviews. The reviews range from negative to positive, glowing to enraged. They tend to be relatively accurate, reflective of the overall quality of service you can expect from a business. Businesses can then curate a review presence that reflects a more positive reputation, through soliciting more positive reviews from their customers.

The second category is sites like TheDirty, RipoffReport, and PissedConsumer. As you can tell by the names, these sites specialize in negativity. They exist solely to aggregate as many negative reviews as they can about any given company.

This can be dangerous. Research frequently indicates that most people lend more credence to negative reviews than positive reviews.

Outwardly, it makes sense. Positive reviews can be real, but they might also be fake, and it’s often difficult to tell the difference. Plus, how many of you think to leave a positive review? It’s often the last thing on our minds, which is why it’s so difficult for businesses to solicit them.

The truth, of course, is that negative reviews are just as untrustworthy. Plenty of people leave exaggerated or outright fake negative reviews to get some kind of compensation from the business. Other negative reviews might be left by competitors looking to bomb the reputations of their competition.

Yet sites like RipoffReport and PissedConsumer foster the impression that they’re “bastions of the truth”. They want you to believe that everything they publish is true and vetted and that all other review sites are censored, but they aren’t.

It’s even worse when you realize that sites like these tend to have a significant amount of search weight to them, so they often appear in the top search results when a user searches for your brand.

So, let’s say you’ve searched for your brand name, or you’ve enrolled in a reputation monitoring service, and you’ve found your brand listed on PissedConsumer. What do you do now?

Table of Contents
What is PissedConsumer?
Is a Review Real or Fake, and is it Defamatory?
Does PissedConsumer Have a Removals Process?
What’s the Right Course of Action?
Get Free Reputation Management Tips to Your Inbox!
Related Posts

PissedConsumer is, as mentioned, a site that fosters negative reviews almost exclusively. They also create video and long-form written content about various subjects, including a wide range of topics such as whether or not gas or electric cars are better, how safe online shopping is, and how to get refunds from various brands. 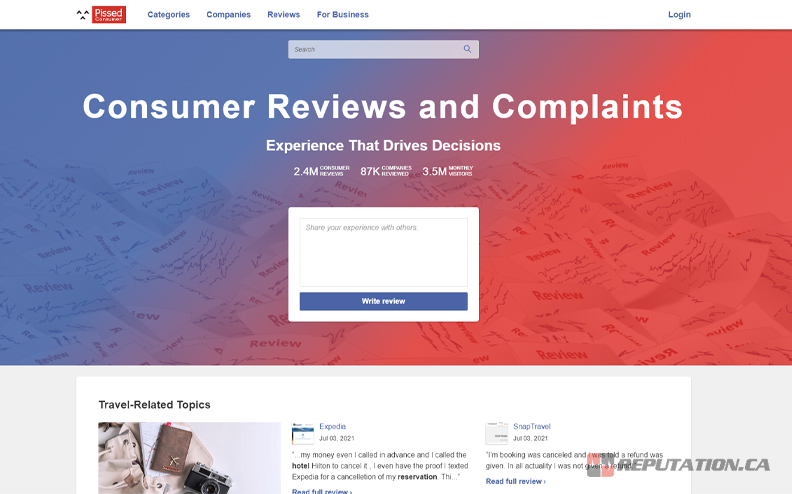 All of this content is, of course, there, simply for search engine value. It lends the site weight, which then boosts the visibility of their reviews. Extremely numerous reviews! The site claims over 2.4 million customer reviews, 3.5 million monthly visitors, and nearly 90,000 companies in its database.

The first thing you need to do is determine whether or not the reviews you’re looking at are real or fake.

Is a Review Real or Fake, and is it Defamatory?

Whenever you look at a negative review online, you probably want to address it, but the way you address it varies depending on whether or not it’s real.

A real negative review can be addressed by reaching out to the customer, discussing their issue, and working to make it right. You won’t always be able to solve the issue, and some customers are beyond help, but you can mitigate a lot of negative reviews this way.

Fake reviews, on the other hand, you need to get rid of. Some sites offer a process for flagging, proving, and removing fake reviews. Others might only be susceptible to legal threats. Thus, you need to determine if the review is defamatory. 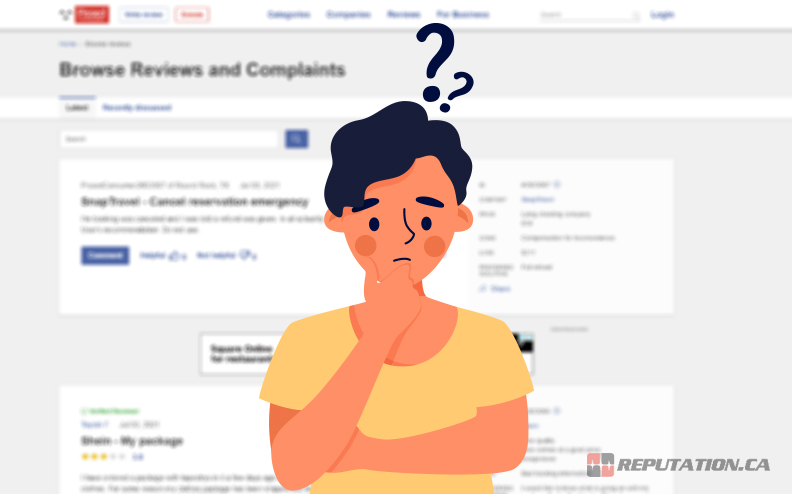 What makes a review defamatory?

Defamation is strict and difficult to prove. As a company, you need to be able to argue that the statement is false while purporting to be true. You also need to be able to prove that the review has resulted in tangible negative damages to your business, such as lost customers or canceled subscribers.

That said, you may not need to argue or prove defamation in court. Often, threatening a lawsuit is enough to get a review removed, because it’s easier for the potential defendant to capitulate than to embark on a legal battle. There are quite a few defenses a person can make against a defamation suit as well.

It’s a tricky situation, to be sure.

So, how can you determine the state of a review? 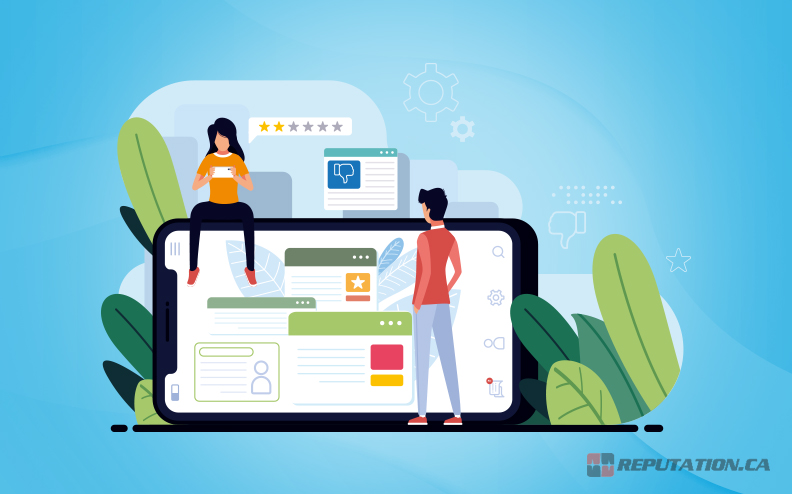 Ideally, you will be able to categorize the review as either real, exaggerated, or completely fake. It’s the fake reviews that you’re most likely to be able to remove, and the ones you should pursue. For real negative reviews, you should instead follow a process more like this to address and resolve them.

Unfortunately, PissedConsumer is a site with a high likelihood of hosting fake and potentially defamatory reviews. This is because the site is high traffic and high volume which does not harvest or save the personal information of the people leaving reviews. Since reviews are anonymous, people are emboldened to defame businesses they simply don’t like or their competitors.

Does PissedConsumer Have a Removals Process?

Here’s what they say, direct from their FAQ:

“We can remove content from our website if we receive an order from a court. A piece of content on our website can also be redacted/changed by a decision of an LVP Arbitrator. To participate in the LVP, please follow this link:

Users themselves may remove their reviews from our website. Please visit our FAQ for Consumers for more information.

PissedConsumer.com may also consider the removal of content, should we determine that a user violates our Terms of Use.” 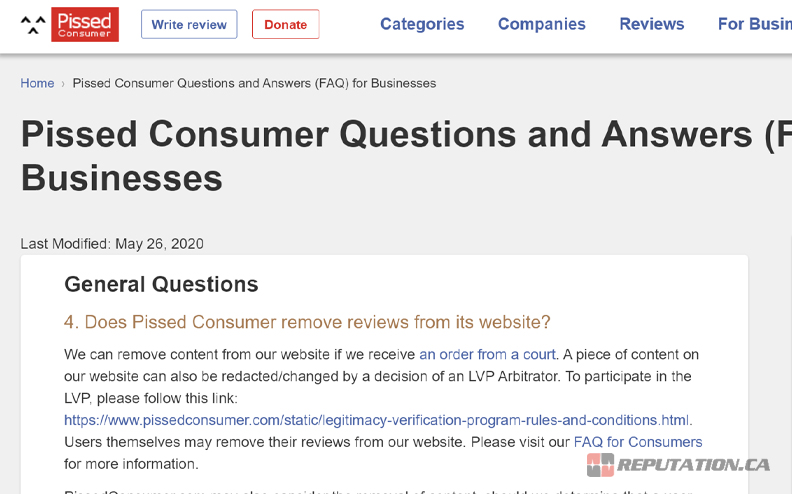 Essentially, you have four options.

As you might imagine, option #1 is difficult and inconsistent. Option #2 is time-consuming and requires going through a court process, which can be expensive, may not get you the result you want, and is highly inefficient. It’s also dangerous because PissedConsumer is known for fighting back in court. Option #3 is a supposedly neutral review program you can enroll in, but it does involve paying a “neutral third party” as much as $1,200 per review to get them looked at, not even removed. Option #4 can be effective in some instances, but can occasionally inspire more people to leave negative reviews.

Of course, there’s always the fifth option: hiring a dedicated reputation management firm like ourselves. There are often additional channels and techniques a company like ours can use that are not typically available to the average business owner. Be sure to reach out if you have any questions.

What’s the Right Course of Action?

We generally recommend avoiding taking an issue like this to court if you can, unless it’s a significantly damaging problem and you are willing to spend the time and money on the legal fight. If you want a more personalized analysis of your situation and advice from our experts, feel free to contact us. 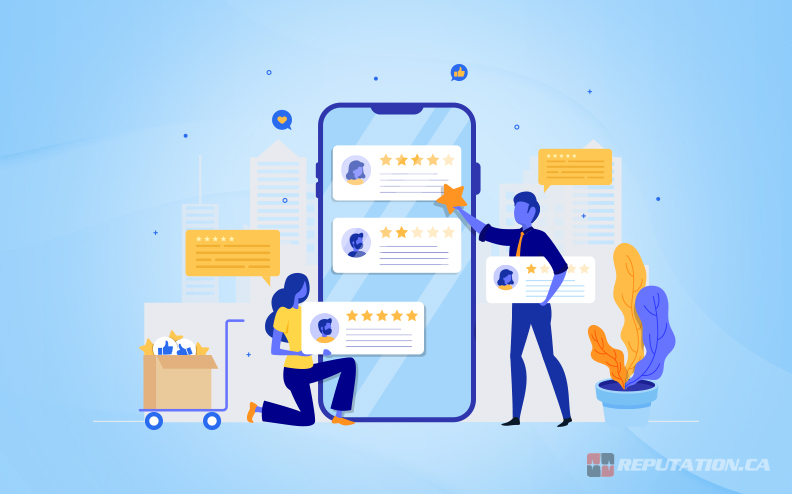 PissedConsumer specifically is very aggressive about defending their reviews, and will not respond to anything short of a court order. They will also go out of their way to verify the validity of a court order and have even unearthed anti-review scams in the past. To put it bluntly, they are thorough and difficult to challenge. It can be done if you’re certain a review is defamatory, but in the majority of cases, it won’t be.

Remember, for a negative review to be defamatory, it has to be presented as fact while being provably false, and it has to have specific, tangible damages. There may be other requirements as well. It’s tricky to prove in court, to put it lightly.

You cannot sue PissedConsumer directly. You may be able to pursue the individual who left the review, but they can be difficult or impossible to identify, and again will require a court order to subpoena their identity, whatever information PissedConsumer has on them.

Typically, your best option is a multi-pronged approach.

If all else fails, and a negative review is truly damaging your company tangibly and provably, you can pursue a court order. Just be aware that this is generally going to be a last resort, simply due to how long it takes and how expensive it is to do. Truthfully, negative reviews can seem a lot worse than they are. They can occasionally even be an opportunity. 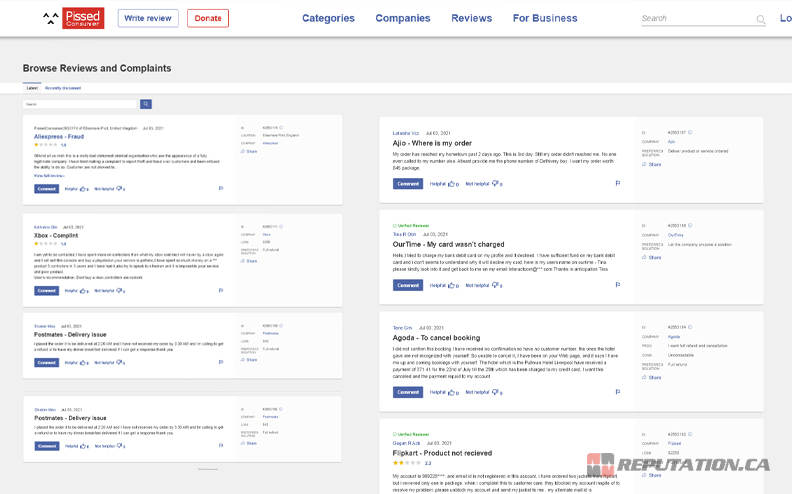 PissedConsumer is one of the worst sites out there for fake reviews, but luckily, they aren’t necessarily given as much weight as it seems. Despite the statistics they promote about themselves, they don’t rank very highly in Google in most cases. The people checking the site for reviews aren’t likely to be a large part of your customer base, and may not even be potential customers in the first place.

It all depends on your specific situation, of course, but PissedConsumer isn’t as bad as many people make them out to be, at least from a business impact perspective. Still, it’s always a good idea to do what you can for reputation management, which is why we write these posts.

How to Use Twitter for Reputation Management (and What to Avoid)

[Guide] The Role and The Importance of Investor Relations