How Much Do Defamation Lawsuits Cost in Canada? 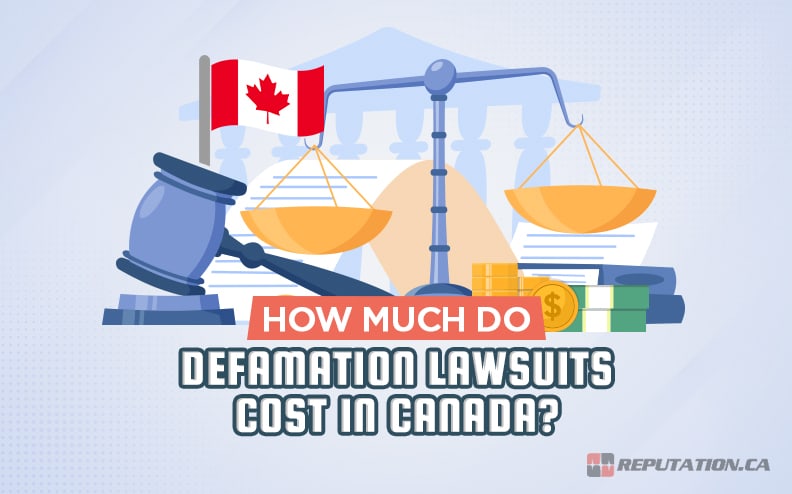 Rate this post
Whenever we discuss reputation management, one topic that always comes up is that of defamation.

Defamation – made up of slander (intangible, usually spoken) and libel (tangible, usually written) is a very specific kind of falsehood with a legal definition and legal burden of proof. You can read more about it specifically in our guide to defamation, here.

Typically, when it comes to reputation management, you approach a situation in two ways. First, you want to build more positive reviews. Second, you want to suppress and remove negative reviews as much as possible.

There are many different ways to go about dealing with negative reviews. You can reach out to the customer, solve their issue, and ask them to edit their review. You can flag the review as fraudulent and hope that the site hosting it will agree and remove it. You can respond to the review, telling your side of the story, and mitigate the damage.

In some cases – particularly when the defamatory review is hosted on a site dedicated to defamation, like TheDirty or PissedConsumer – the usual avenues for having the content removed or suppressed aren’t available. These sites typically ignore everything short of legal action, which means to get the content removed, you need to take legal action.

Legal action, in this case, means a defamation lawsuit.

Whenever we talk about turning to lawsuits, we typically caution you that it’s rarely worthwhile. In most cases, defamation on a site like PissedConsumer is not going to do significant harm to your reputation or your business. It can be disheartening or scary to see, but the majority of your customers won’t use those sites anyway. Additionally, Google has been taking action to make those sites less visible in search results due to the often-fake nature of the content they host.

Note: Before we continue, it’s important to state that while we’re experts in reputation management, we’re not lawyers. The information we provide below is not meant to be legal advice. For that, it’s best to consult an actual lawyer.

You can find directories of lawyers online, such as Martindale, and search for specialties. Be sure to consult with a defamation lawyer about a defamation case for the most relevant information.

While low-level or small-scale defamation can often be ignored as a business, if you’re an individual targeted by defamatory statements, it might be much more worthwhile pursuing them. 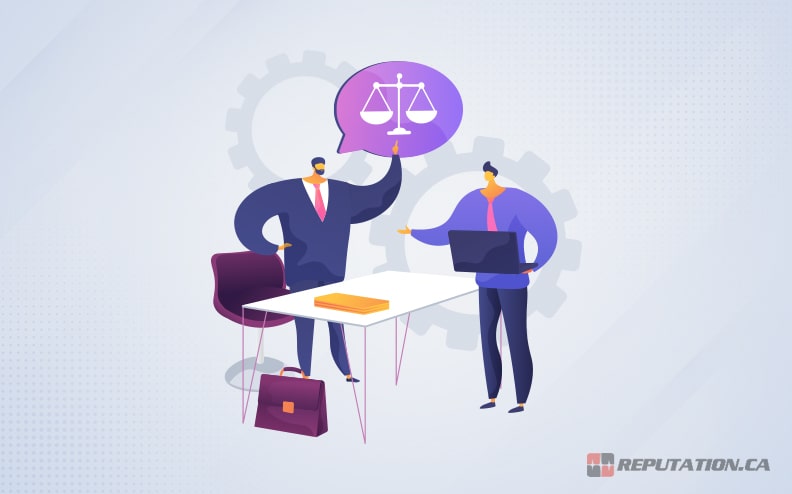 In these cases, it’s generally much more worthwhile to take any action you can to fight back against defamation, up to and including taking legal action. Whether that means hiring a reputation management firm to deal with the issue or proceeding to legal action, something must be done.

It’s important to note that legal proceedings can vary widely from province to province and from situation to situation. Your actual costs may be lower or even much higher, depending on who is involved, the scale of the defamation, the lawyers and court systems involved, and more. We’ll discuss some of those factors below.

First, though, what sort of price range are you looking at? A few thousand dollars? Tens of thousands of dollars? More? 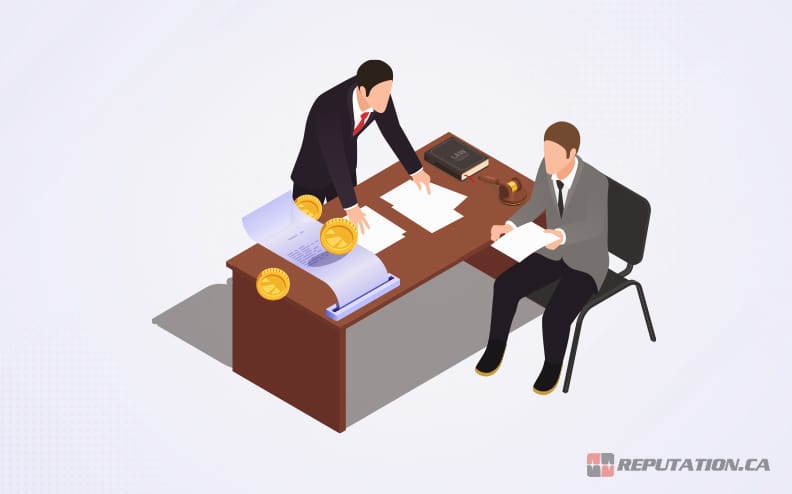 “According to recent surveys of Canadian lawyers, it can cost upwards of $10,000—$25,000 to take a lawsuit through the traditional litigation process and a trial. Small claims actions cost considerably less and often involve little more than a small filing fee and another fee to serve documents on the opposing side.

Typically in a civil lawsuit, it can cost $1,500-$5,000 to initiate an action and have a lawyer deliver a Statement of Claim. Responding to the opposing side’s documents and conducting examinations for discovery will likely involve another $3,500-$5,000. The preparation and presentation of your case at trial is likely to add another $5,000—$15,000 to your legal costs.” – LegalLine.ca

Note that this data is about lawsuits in general. There are no specific “defamation” costs, so the general cost of filing a lawsuit is roughly the same across the board, regardless of what kind of lawsuit you’re filing.

The largest award in Canada for a defamation lawsuit to date was awarded to an ex-pilot named Rick Fennimore and totaled $3M. While the number may seem extreme, the defamation in question caused him to not only lose his job, it left him without his sole passion and driving force in life, and largely unable to work at all.

The Cost of Winning a Lawsuit

One additional factor is the convention of awarding costs and disbursements to the plaintiff of a lawsuit when that lawsuit finishes. In many cases, if you sue someone for defamation and win, the court can order many possible outcomes. These can include:

If you win the lawsuit, there’s a decent chance that the total cost to you will be $0 because the defendant will be required to pay your court costs and lawyer fees. However, this is only true if the court decides to require the defendant to pay damages and only if the defendant is capable of paying. 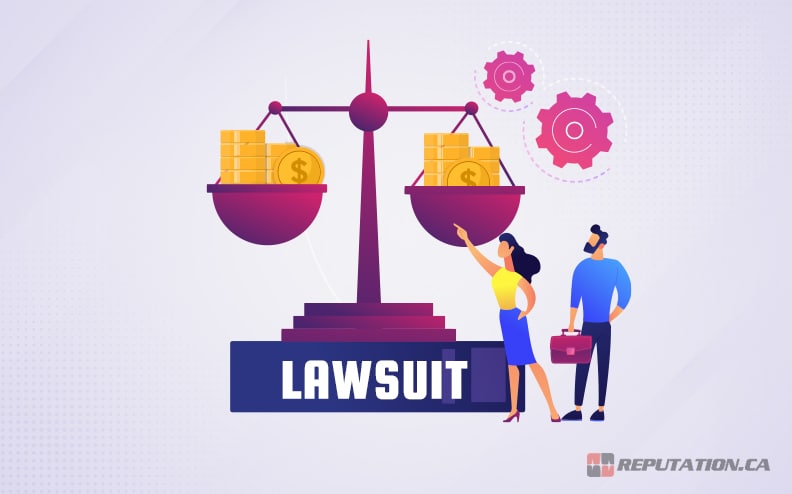 Often, even if the court awards you damages, it can take years before those damages are paid. Meanwhile, you typically need to pay for your court fees much sooner. Of course, situations vary, and we’re not lawyers; consult with a lawyer specializing in defamation for more precise information.

The Cost of Damages

Damages awarded for a defamation suit can vary significantly depending on the situation, but tend to fall within a specific range.

“The experience of the past ten years confirms that very large damages in defamation cases in British Columbia are relatively rare. We can count only five cases since 2001 in which the damage awards were $200,000 or higher. 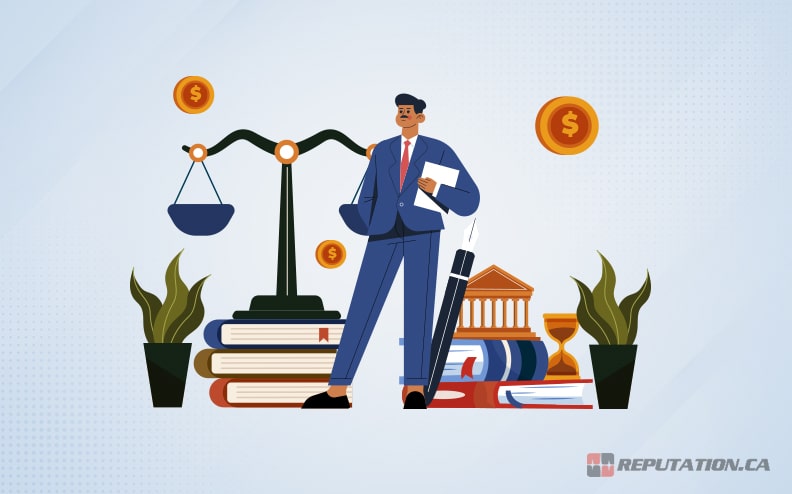 Generally, the deciding factors are these two: the scale of the defamation and the intent behind it. One individual defaming another on social media is much less likely to result in significant damages than a major syndicated publication publishing libelous content, especially if that content includes a willful intent to defame.

In some cases, a defamation case can escalate into a criminal case, particularly when the defendant is responsible for more severe actions along with defamation. The case of R vs. Simoes is one such example.

The truth is, winning a defamation lawsuit can result in anything from an injunction to have the content removed, to significant financial damages and jail time for the defendant, and there are too many factors to make a single value assignment for the outcome of a given case, especially without details of the situation on hand.

One of the greatest challenges in a defamation lawsuit is proving actual defamation and avoiding the various free speech protections available to everyone. As described in our guide to defamation, even proving that a statement is defamatory (rather than opinion, insult, or parody) is a tall order. There are several defenses against defamation accusations, including:

Moreover, Anti-SLAPP laws may protect the defendant, particularly in cases where the defendant is an individual and the plaintiff is a company or other entity. 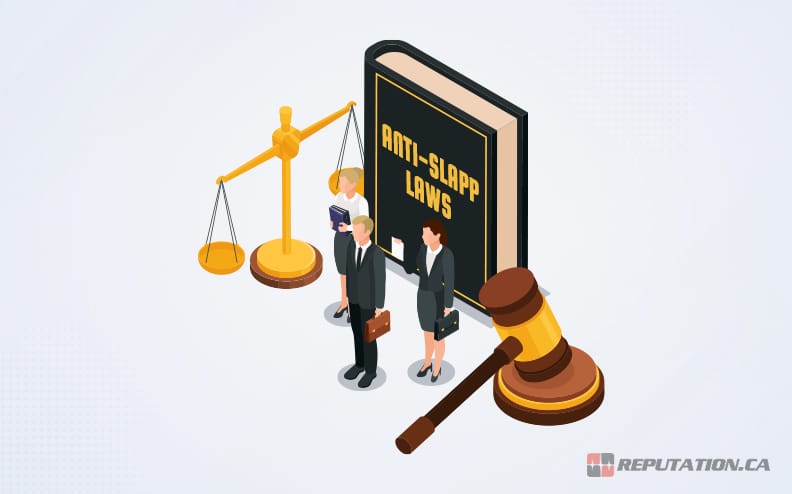 SLAPP stands for Strategic Litigation Against Public Participation. The idea is that, without protections, a company or individual with significant money and resources could threaten to sue, or actually sue, anyone they wanted about any negative statement. Even if no court case ever makes it to court, the threat of a lawsuit is enough to suppress discussion and criticism.

Anti-SLAPP laws protect criticism from these kinds of lawsuits by turning them around. Should the plaintiff be found to be using defamation lawsuits to suppress criticism, they can instead be forced to pay damages to the defendant for their abuse of the legal system. These damages can be significant, with one example leaving the plaintiff with a $164,186 bill.

The Supreme Court of Canada weighed in on SLAPP relatively recently, as well.

Is a Defamation Lawsuit Worthwhile?

Moreover, they have significant risks. While you may win your suit, the results of the suit may not be to your liking. Furthermore, there’s always the risk of the Streisand Effect taking place, and the lawsuit’s news coverage promoting the defamatory statements more than ignoring them would ever have done.

On top of that, in some cases, you may even run the risk of a judgment against you if you can’t prove defamation or if the situation falls under the anti-SLAPP umbrella.

All of this can be quite a risk, particularly for individuals and small businesses. Is it worth it to pursue a defamation lawsuit?

The answer is a cautious yes, but only as an absolute last resort. 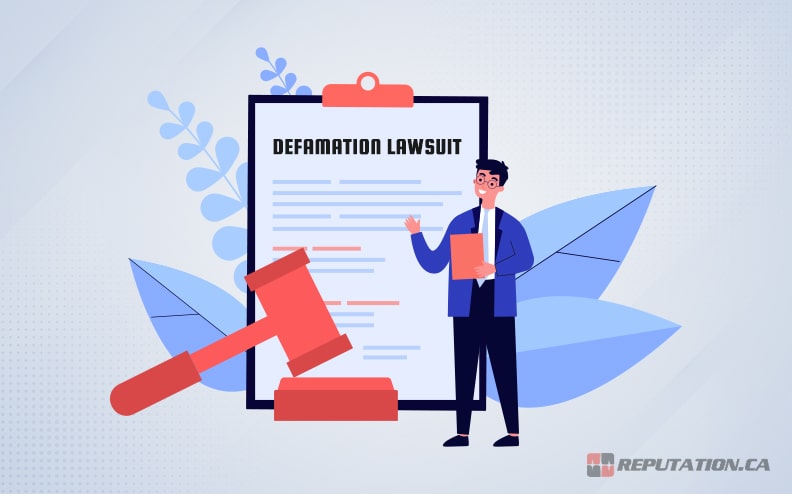 There are many other options you can pursue prior to resorting to legal action. You can leverage SEO to promote positive content to outweigh negative content. You can solicit testimonials and build a positive reputation that suppresses the negatives.

In many cases, defamation isn’t going to cause significant harm. It can be stressful, but much of the damage is intangible and difficult to quantify, and takes the form of lost opportunities you might never know you had. While this is terrible, it’s not life-destroying.

The fact is, lawsuits are time-consuming, costly, and risky. There are almost always better options to pursue long before getting the courts involved. If you’re wondering if your situation warrants reputation management or a trip to your local defamation lawyer, give us a call or drop us a line, and we can discuss your case and offer our recommendations.

Additionally, if you have any other questions about reputation management or the services we can provide for you, please feel free to reach out and contact us at any time. We would be honored to assist you however we can. 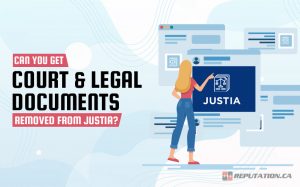 Can You Get Court and Legal Documents Removed from Justia? 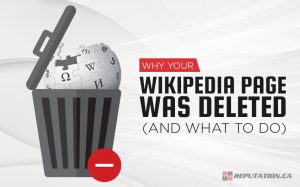 Why Your Wikipedia Page Was Deleted (And What to Do) 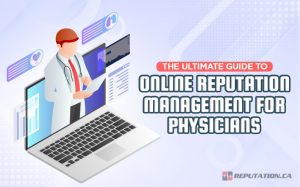 The Ultimate Guide to Online Reputation Management for Physicians 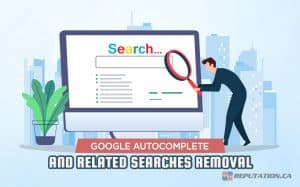