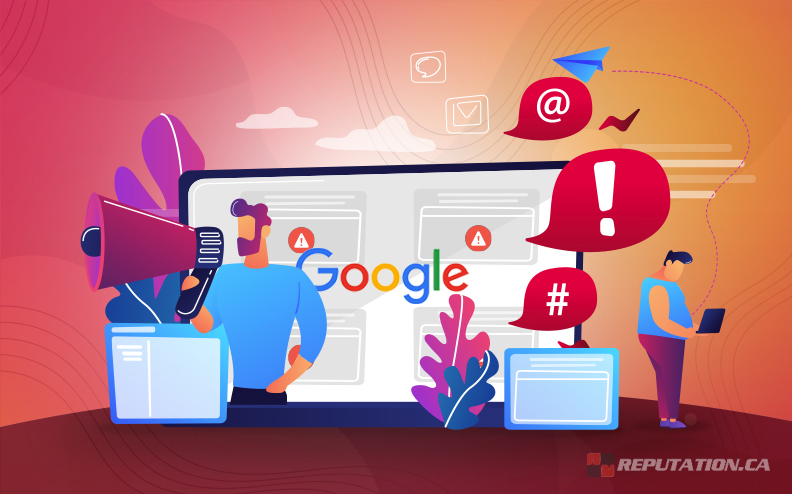 Decades and more ago, businesses could suppress bad press quite easily. When your primary means of distributing information was newspapers, it took a very bad story to get press in the first place. More importantly, it didn’t take all that much to make it go away. A few days of waiting and the press of the news cycle would wash away the story. Some people would remember, sure, newcomers to the business would need to talk to those people to find out more. Often, it just didn’t happen.

The internet changed all that. People often say that the internet is forever; once something is posted online, chances are pretty good that it will stay there.

Let’s look at each of them in turn.

First of all, a story has a potentially massive reach. How often does some internet prankster spread a hoax about a celebrity dying, that reaches millions of people before petering out? How often do allegations against a public figure surface and hit national or international news, regardless of their veracity? The spread of a single social media post can be amplified a billion-fold in the right situation. Even if the story is proven false, people remember it, and will likely remember it more than the counter-story later. 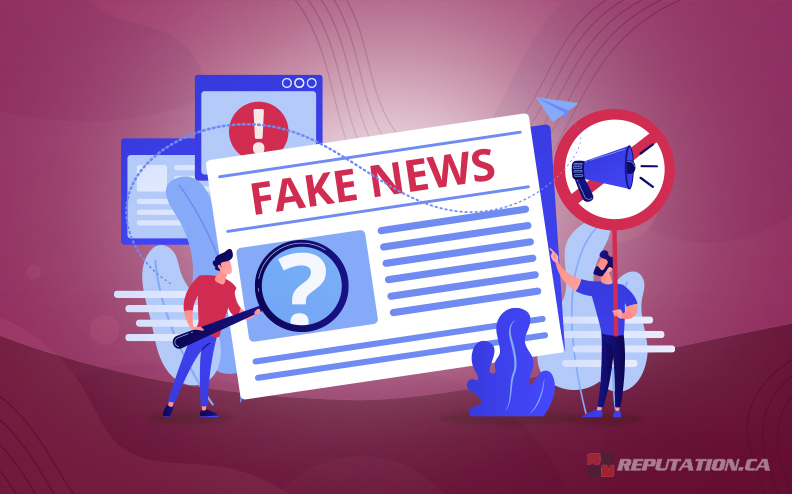 Secondly, you have content syndication adding permanence to a story. You might be able to refute a story and get the original post taken down, but what about the thousands of sites that syndicate content from it? One post on a news site becomes thousands. Taking them all down is an exercise in frustration, as many will simply refuse to acknowledge a contact.

Third, the internet is full of archival. Some people make sure to screenshot every Tweet and every Facebook post they find that could be noteworthy. Services like the Internet Archive take their snapshots of the internet as it is, for historical preservation. Many things, once posted online, can never be fully deleted.

And, at the heart of all of this, is Google. Google, who analyze and archive and index everything, and serve it up to anyone interested.

All of this fuels Google’s ability to damage other brands, intentionally or unwittingly. A negative post about a brand can get enough exposure and be posted in enough places to get prominent positioning in Google’s search results when someone searches for your brand name. More than just search results, it can even show up in things like Google’s related questions.

Google attempts to provide a look into what is being said about a brand whenever that brand is searched. This will include factual sources like Wikipedia, your own brand website, and authoritative citations in major sites like Forbes. It will also include any instances of deep-dive writeups or noteworthy evergreen stories, such as reporting on Vox or Buzzfeed News.

In addition to the more evergreen, timeless results, Google will typically show a handful of more noteworthy new results. If your brand has recently been in the news, those news reports will show up, at least for a while. As long as the news cycle is focused on your brand for some reason, those results will be right there.

Of course, bad press is bad press. If there’s a negative story in your Google search results, it looks bad for business. What can you do about it?

The first thing you need to do is figure out what the core issue is that’s being attacked. Did one person go viral because they had a bad experience with your company? You may be able to work with that one person to fix the issue. Is the issue more widespread, relating to an entire line of products, or shipping in general, or an outage? Is the issue relating to one of your employees or one of your executives? Getting rid of them may help your band, if not the individual. 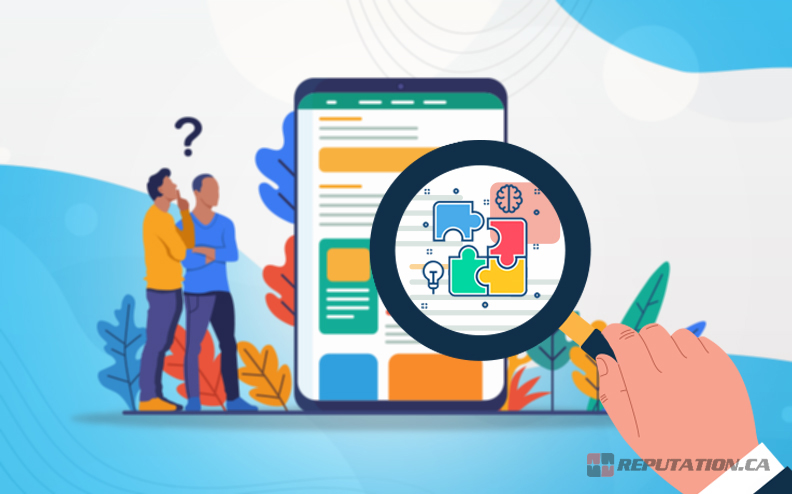 One more light-hearted example is the Chipotle Leaf. Chipotle, a Mexican restaurant, uses bay leaves to flavor some of their food. Now and then, these leaves slip through the cracks and end up in food served to customers. People who don’t know any better post about it and the stories go viral. Chipotle routinely comments on the spice on Twitter and even has a page about it on their website. Of course, this isn’t massive negative press, just an amusing PR incident, but it shows how you can identify a problem, address it, and set up a resource to continue addressing it if it comes up again.

Perhaps the most important thing to do is address the core issue. Identify the issue and investigate it. 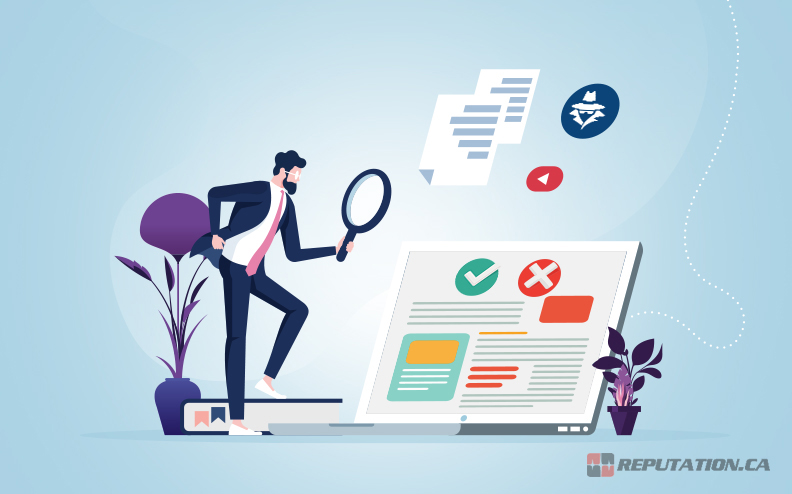 If your company is in the press because of a massive data breach that exposed customer and contractor information, you won’t be able to get ahead of it or suppress it, you simply have to deal with the fallout. If you’re in the news because of a few bad employees, firing them and moving on might work just fine.

The faster you can complete an investigation and come to a satisfactory conclusion, the better off you’ll be. The news cycle moves quickly, so if you can avoid dragging out news coverage, fewer people will see it and more will forget it faster.

In cases where the original source of a problematic post is something you control, you can easily remove it. An offensive post made on social media can be removed, for example. 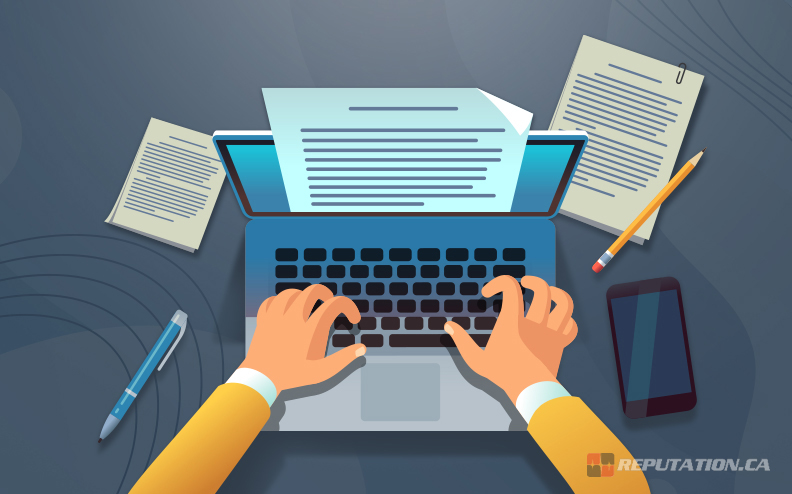 In most cases, though, the post that is showing up in search results will be not under your control. It will be on a big-name news site, something like Forbes, the Huffington Post, The-Globe-and-Mail, or the National Post.

Unless the post is clearly false and of a slanderous nature, you aren’t likely going to be able to get it removed. What you can do, though, is send a message to the journalist who wrote it, the editor who controls the section, or the PR department for the news agency, and offer your own comment. Comments are often edited into the original and can change the context enough that it may be enough to suppress the story.

If the story is slanderous enough that you want to consider legal action, you can pursue various forms of legal removal. You can try this, but unless you’re willing to actually go to court over it, it might not be worthwhile. There are a lot of valid legal defenses, such as newsworthiness and fair reporting.

You can also pursue various removal requests through Google directly. They offer forms such as the EU privacy removal form, the personal information removal tool, and the remove outdated content tool. 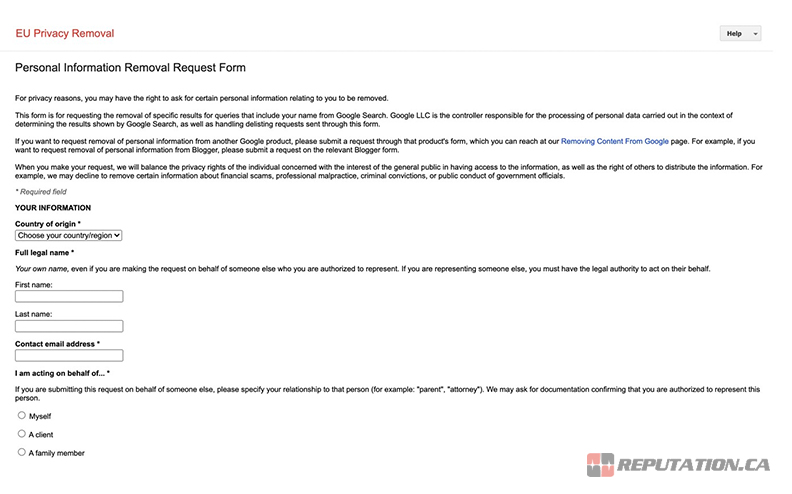 To be honest, though, it’s unlikely that any of these are going to work. If you’re trying to remove the original source from a news agency, if they even respond to your request, it’s likely too late; that story will have been syndicated or republished in hundreds or thousands of other outlets. You’ll be playing whack-a-mole with results for years. Google, meanwhile, is very strict about what they will remove, and it’s generally only if the information is either actively harmful to a private individual, or actively false and malicious.

Step 4: Reach Out for Follow-Up Stories

Getting rid of negative press is difficult enough to be considered impossible. Thus, the two best things you can do are address the original problem and reach out for a follow-up and strive to flood positive stories to suppress the negative stories. 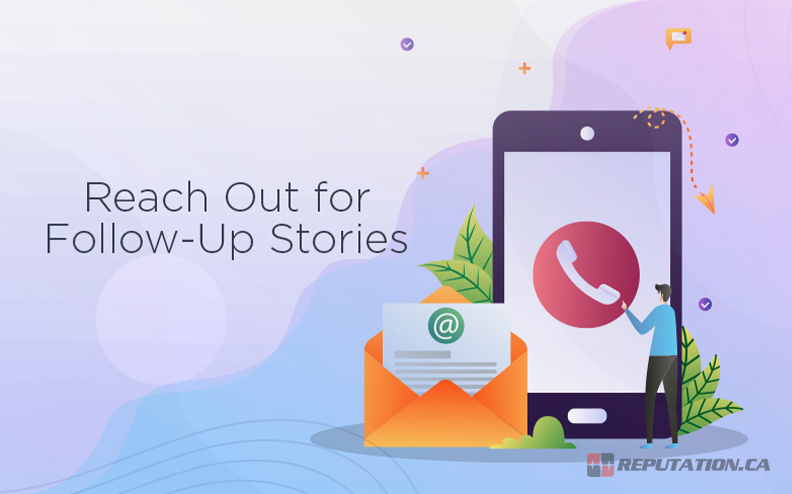 The first step of this process has you identifying the cause of your negative press and addressing it. Once you’ve done that, it’s time to let everyone know.

Compile a list of all of the major sources publishing stories about whatever negative instance caused the press coverage. You’re not going to be able to hit all of them, but you should at least look through major publications and search results for top-ranking coverage.

Identify the contact information for whoever is in charge of the content, whether it’s the journalist directly, the section editor, a managing editor, or a team dedicated to handling this kind of contact. Once you have this list, send them a press release or other message that covers the issue, links to the original story, and requests an edit to reflect your statement.

Even this, though, won’t get rid of those stories in the search results. 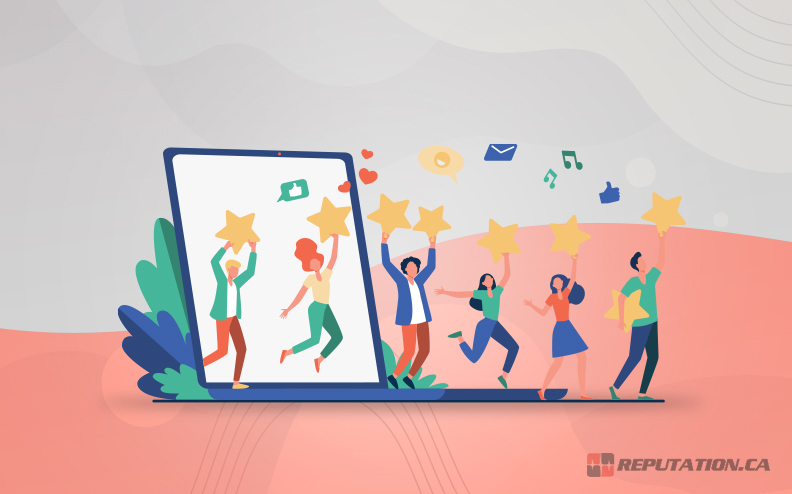 Your primary vector for this will be the same news agencies and reporting sites that published the negative stories initially. You’ll want to figure out an angle, something worth coverage, that has a positive spin on it. This varies dramatically between firms, so generic advice won’t much work here. It might be sponsoring diversity initiatives, it might be a new product launch, it might be a major shift in your supply process to focus on global ethics; it varies.

Once you’ve passed through this initial challenge, you can put the issue behind you, for a moment. Unfortunately, these things have a way of resurfacing, whether it’s someone performing independent reporting, or related news occurring later on down the road.

The best thing you can do is set up social listening and search monitoring, with alerts, to help notify you when you’re in the news again. The sooner you can get out ahead of a problem, the better the chance you have at dealing with it. Tools like Google Alerts, RepuSure, and AgoraPulse can all be used for this purpose. 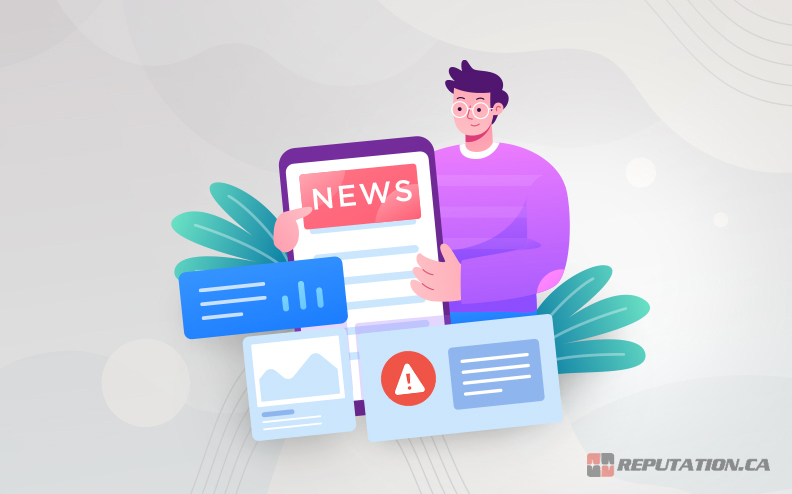 When you start to see alerts going off, and it looks like you’re going to be in the news again, you can push to suppress it or flood it with positive efforts instead.

If all of this sounds inconsistent, difficult to handle, time-consuming, and unlikely to work, that’s because it is. Suppressing bad press is a difficult job, and it’s the reason companies like ours exist. Reputation management through a system as complicated as Google, dealing with agencies as large as global newspapers and national news sites, is extremely difficult.

Worse, doing it wrong can cause even more problems. How often are companies caught trying to suppress negative press or hide negative happenings, only for that, too, to come out and tarnish their reputation further? It’s extremely risky to try to go about this process yourself.

Our personal recommendation is to hire a professional reputation management company to handle it for you. When you have a serious PR crisis, you need to address the cause of the crisis, and that alone can be enough to occupy your executives and employees full-time. Let someone else handle your PR for you.

List of Methods to Remove Ripoff Report Complaints From The Web

Is It Possible to Remove Public Records from The Internet?

How to Remove or Replace an Old Photo from Google Images