What Are the Laws in Canada on Fake Business Reviews? 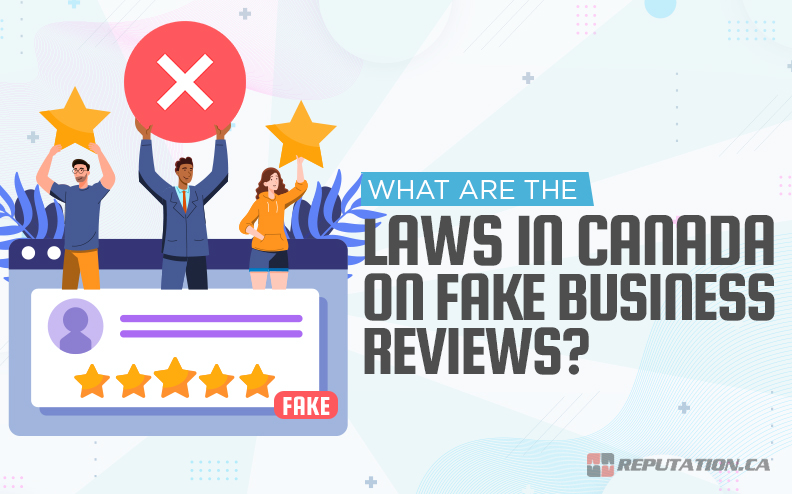 There are two ways in which fake reviews can impact your business.

The first is when a competitor, a disgruntled employee, or a social movement decides to “review bomb” your business. This has become increasingly common over the last few years, particularly when a business runs afoul of a social movement, has an employee or executive involved in a scandal, or otherwise crosses the interests of a prominent activist group. Hundreds if not thousands of negative reviews can spring up overnight, tanking your company’s reputation, garnering news coverage, and turning into a crisis that needs to be managed.

The second is when your business, perhaps to combat bad reviews, or perhaps simply to promote itself, purchases fake positive reviews. These reviews are meant to look legitimate and promote your business, though the people involved were never customers and, indeed, might not even be real.

Both kinds of fake reviews are broadly against the terms of use for virtually every review site. They can be removed when reported or discovered, and in some cases, those removals can be documented in an honesty report for your business.

The question is, are there any laws in Canada about fake reviews, either negative or positive? If so, what are they?

Table of Contents
The Canadian Competition Bureau
The Competition Act
What Are the Penalties?
What You Should and Shouldn’t Do
Get Free Reputation Management Tips to Your Inbox!
Related Posts

First, let’s talk about the governing authority in charge of reviews and fairness. This government agency is the Competition Bureau. It is an independent law enforcement agency and is a federal institution under the banner of the Innovation, Science, and Economic Development Canada portfolio. Its purview includes:

“Headed by the Commissioner of Competition, the Bureau is responsible for the administration and enforcement of the Competition Act, the Consumer Packaging and Labelling Act (except as it relates to food), the Textile Labelling Act, and the Precious Metals Marking Act.” 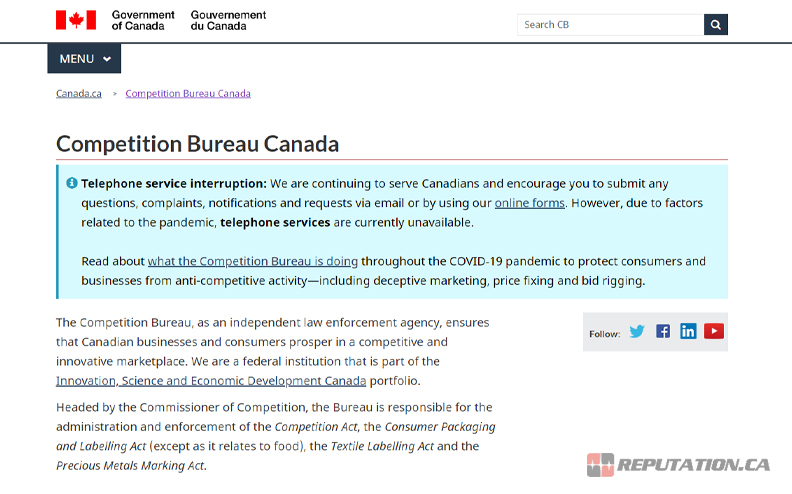 Among these, only the Competition Act has relevance to online reviews of a business.

“Its purpose is to maintain and encourage competition in Canada to: 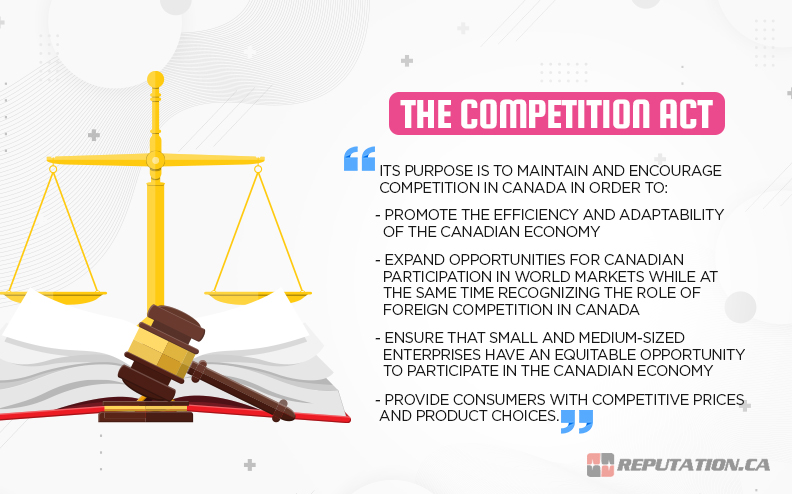 In other words, it ensures fair and valid competition between businesses and levies penalties against those who would pursue unfair market practices.

There are many relevant paragraphs of the Act that govern reviews, testimonials, and other representations of your business. These apply equally online and offline, and both civil and criminal penalties can be levied. 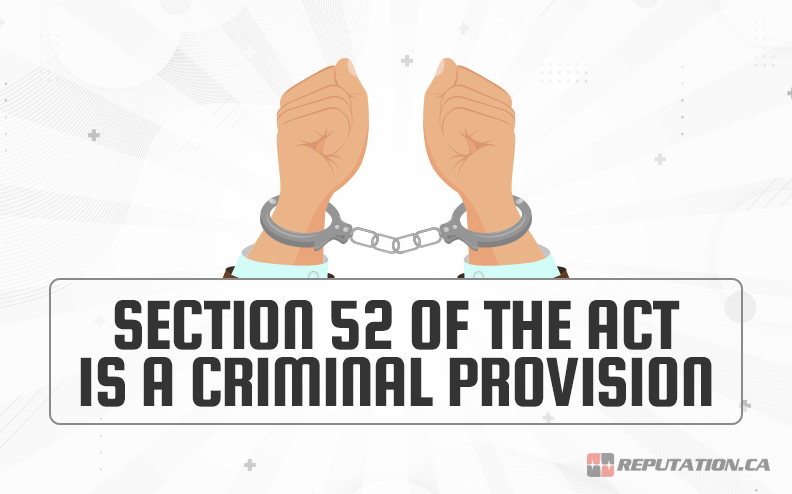 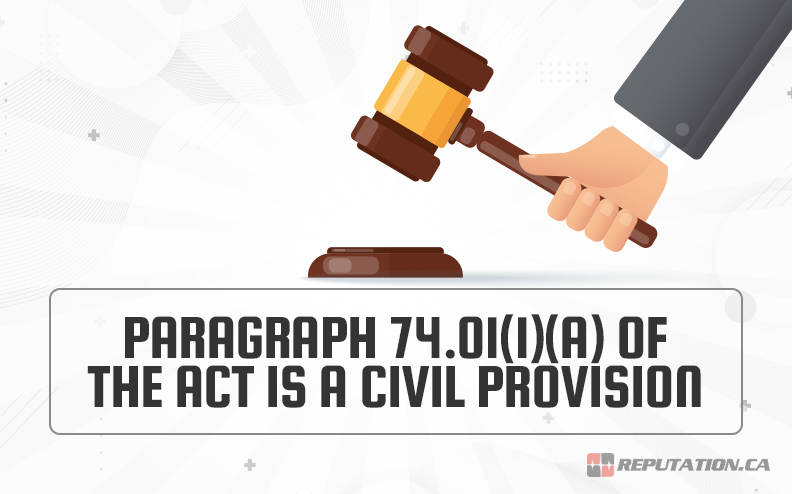 There are several key takeaways from these provisions. 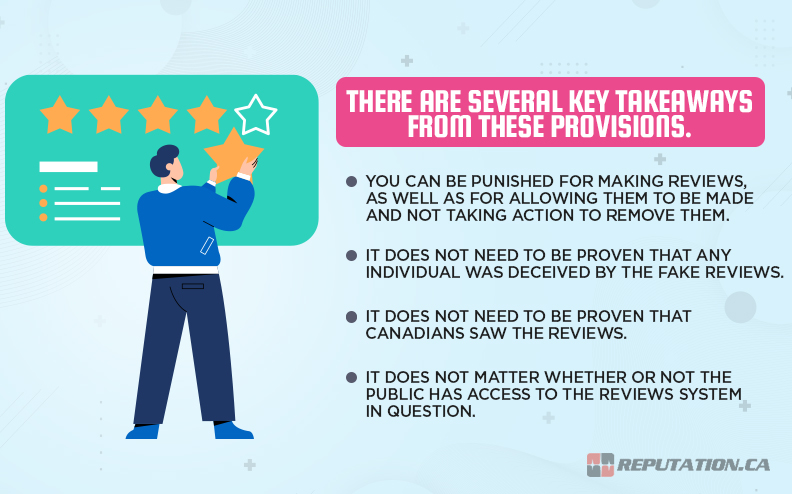 You can be punished for making reviews, as well as for allowing them to be made and not taking action to remove them. For example, if your business has a testimonials section and you allow members of the public to leave reviews, and you do not properly check for and remove fake reviews, you can be subject to penalties, even though your business is not responsible for creating or soliciting those reviews, positive or negative.

This does mean, however, that if you are not in control of the reviews system – such as a system like Yelp or TrustPilot – you are not generally liable for reviews that are published on those systems, so long as you did not have a hand in creating them and, when you’ve identified them, you’ve taken what action you can to report them.

It does not need to be proven that any individual was deceived by the fake reviews. All that matters is that the reviews were published and that they are fake. It does not matter whether or not anyone has seen them or believed they were real; the existence of the reviews is all that matters as far as the Act is concerned.

It does not matter whether or not the public has access to the reviews system in question. Testimonials published on your site that are deemed fake, even if the public cannot leave those testimonials, can still be penalized.

What Are the Penalties?

“If a court determines that a person has engaged in conduct contrary to paragraph 74.01(1)(a), it may order the person not to engage in such conduct, to publish a corrective notice, to pay an administrative monetary penalty and/or to pay restitution to purchasers. When the court orders the payment of administrative monetary penalties, on the first occurrence, individuals are subject to penalties of up to $750,000 and corporations, to penalties of up to $10,000,000. For subsequent orders, the penalties increase to a maximum of $1,000,000 in the case of an individual and $15,000,000 in the case of a corporation. The court also has the power to order interim injunctions to freeze assets in certain cases.” 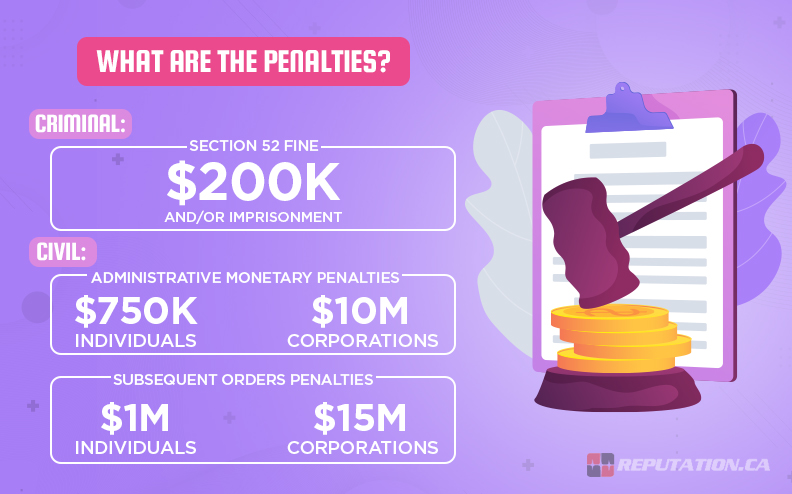 Now, how often are those fines doled out? That’s a different story. Lawsuits are not uncommon, but the majority of them are dismissed, settled, or otherwise not taken to their full conclusion. Canada is somewhat behind many other nations in terms of enforcement of these laws. They are also occasionally weaponized by unscrupulous businesses against dissatisfied customers, rather than used to protect customers from businesses.

What You Should and Shouldn’t Do

The first and most important thing you need to be doing as a business is monitoring your reviews. Identify any relevant site, be it your own, a review aggregator like TripAdvisor, Yelp, YP, or TrustPilot, or a review-enabled site like Google. Once you have built a list of sites that can host reviews for your business, take action. 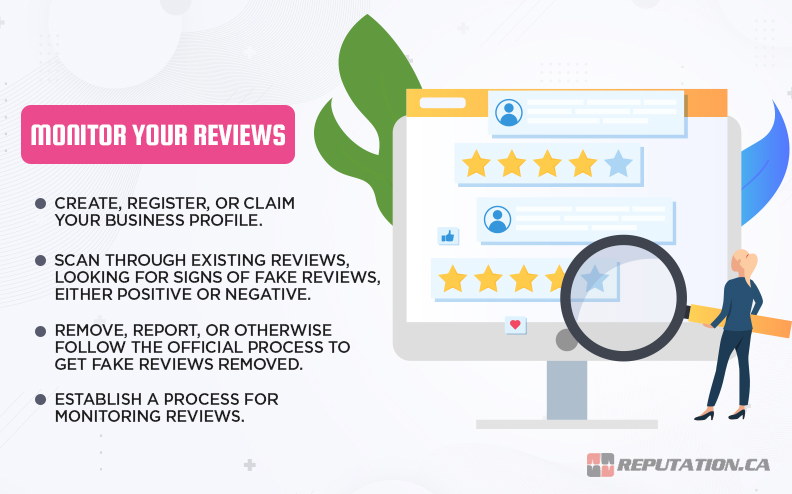 By keeping aware of your reviews as they come, you can eliminate problems before they are escalated to the Competition Bureau.

Report or Remove Fakes, Both Positive and Negative

Remember, the Competition Act sets out provisions for false reviews, but does not discriminate between positive or negative reviews. Thus, neither should you. Many companies tend to preferentially report and remove negative reviews while allowing positive reviews to remain, regardless of whether or not they’re authentic. Unfortunately, this can get your business in trouble as well. 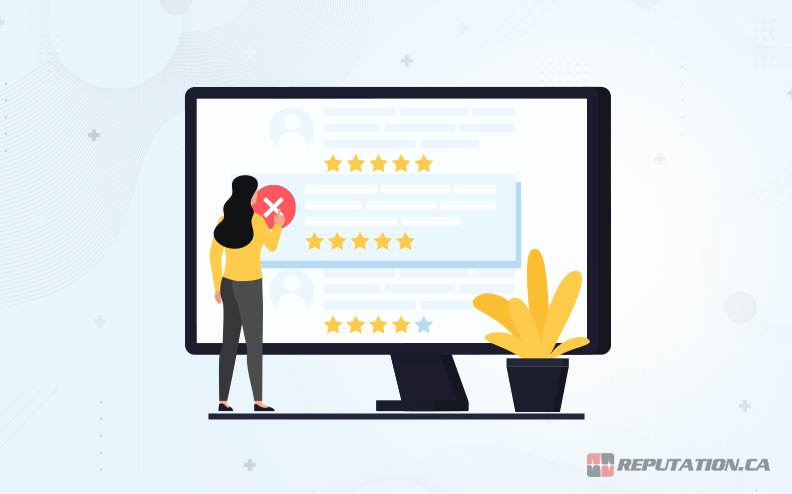 When you analyze your reviews, cross-check and verify the authenticity of all reviews, both positive and negative. If this ends up skewing the overall review profile of your business to more negative, well, that simply means you have more work to do in improving your business processes and soliciting more real positive reviews. 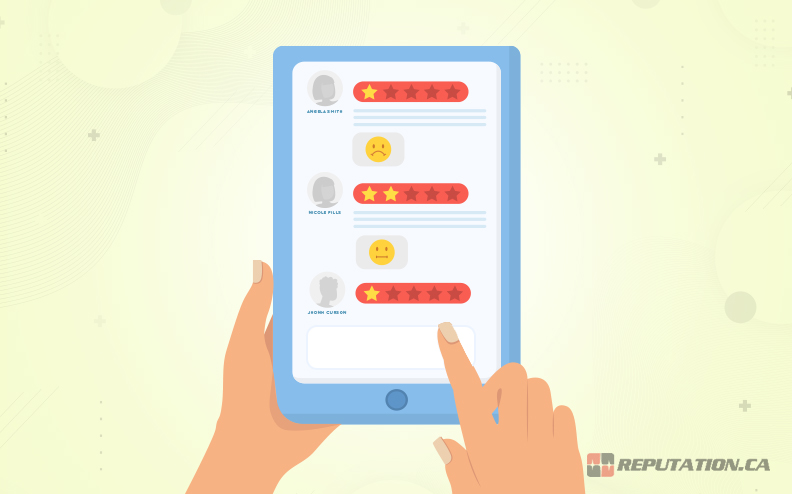 One of the most important skills a reputation manager, community manager, advertiser, or other business representatives must learn is the ability to reach out to and address the causes of negative reviews. When a negative review is received, verify its authenticity, and then reach out to the customer to see if you can address the issue. There are a lot of different ways to do this, and a large part of your response is determined by the company voice you have established, as well as how empowered you’ve made your customer service team. 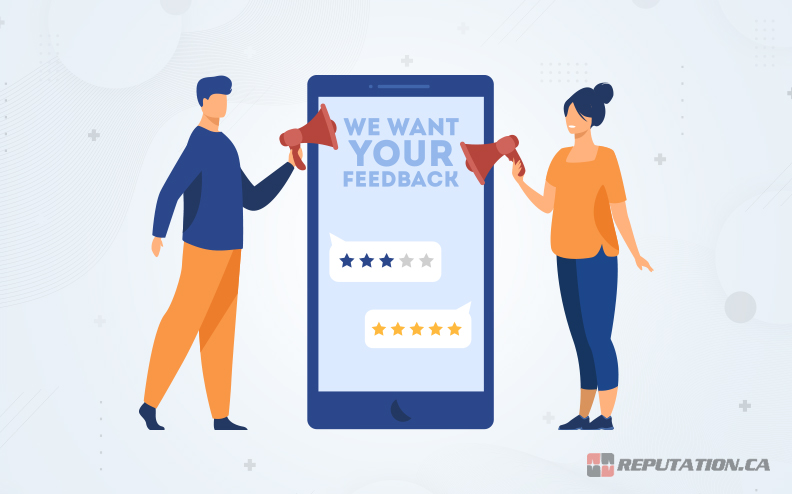 One of the best things you can do as a business is to ask for email addresses when a user purchases from you. You can then follow up with them about their purchase via email, and ask them if they have any issues, and if they’d be willing to leave a review. This helps solicit positive reviews while offering service and support to those who may have issues you haven’t heard about otherwise.

Familiarize Yourself with Local Laws 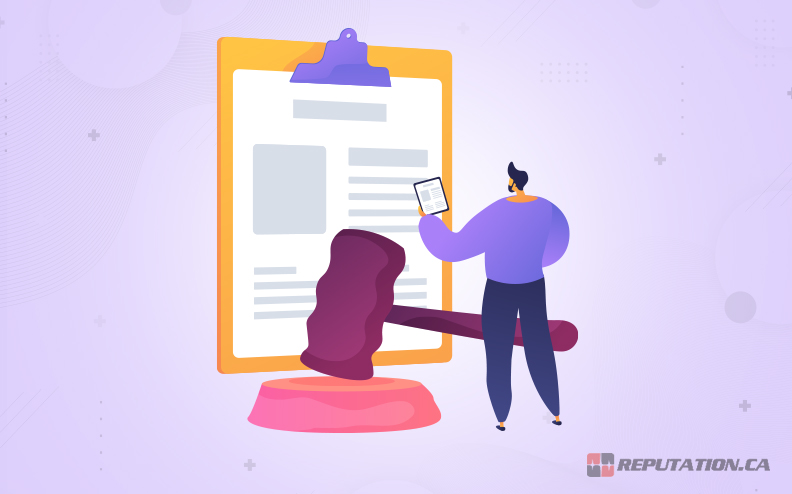 This article applies to Canada as a whole. However, individual provinces, regions, cities, or localities may have additional laws or regulations governing reviews, with potentially stricter provisions. Make sure to check with your local authorities to verify whether there are additional rules you may need to follow.

One area where many businesses get in trouble is with employees who want to promote their company, but are unaware of the legalities surrounding doing so. They may think to leave a review of their company, despite not being a customer, which is a violation of the Act. They may also desire to suppress competition by leaving a negative review, which is also a violation. Just in case, it can be worthwhile to instruct your employees not to do such things, to avoid penalties. 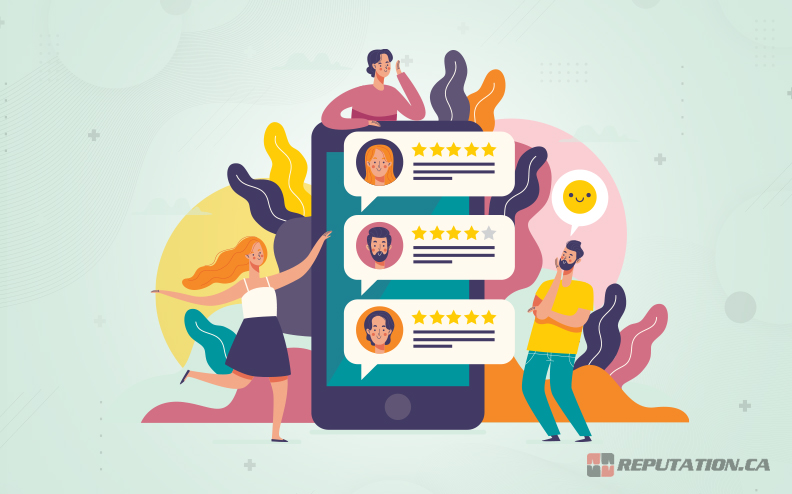 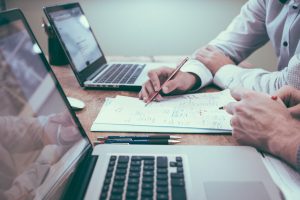 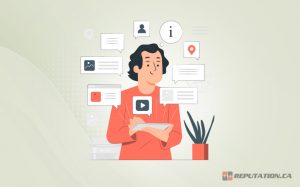 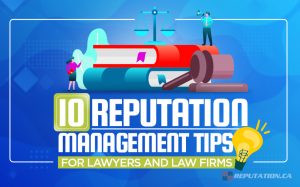 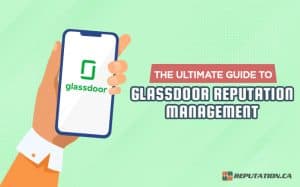