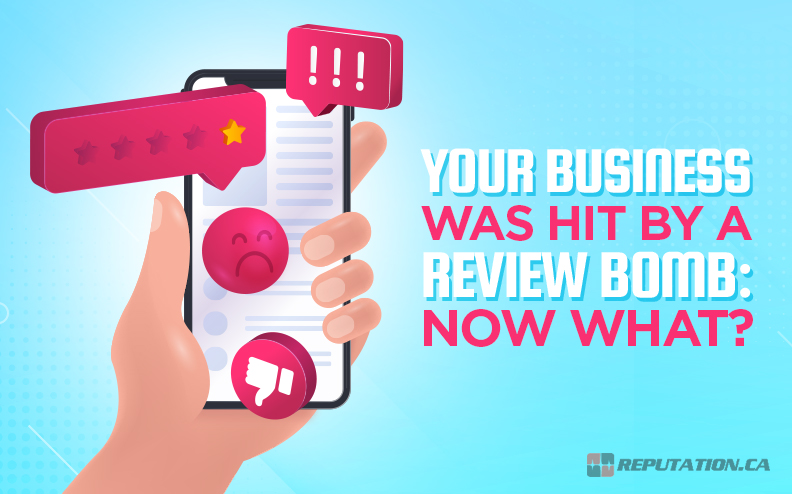 Review bombs are a fact of life for businesses on the modern internet. They can occur at any time and for almost any reason. Sometimes they have a good reason behind them, and other times they don’t. The question is if you’ve been hit by one, what can you do about it?

What is a review bomb, and why is it happening to you?

Wikipedia has a good summary:

“A review bomb is an Internet phenomenon where a large number of people—or in rarer cases, a few people with multiple accounts— leave negative user reviews online. The target could be, for example, a published work, a business, a product, or a service, and review bombs are made in an attempt to harm its sales or popularity. While a review bomb may be a result of customers criticizing the poor quality of the product, it can also be associated with perceived political and cultural issues around the product, its vendor, or related works. This is often done to draw wider and mainstream attention to that issue, especially if the vendor does not have an open communications channel or seems unresponsive to direct feedback, but may also as a means of mass-driven coercion or simply a result of trolling.” 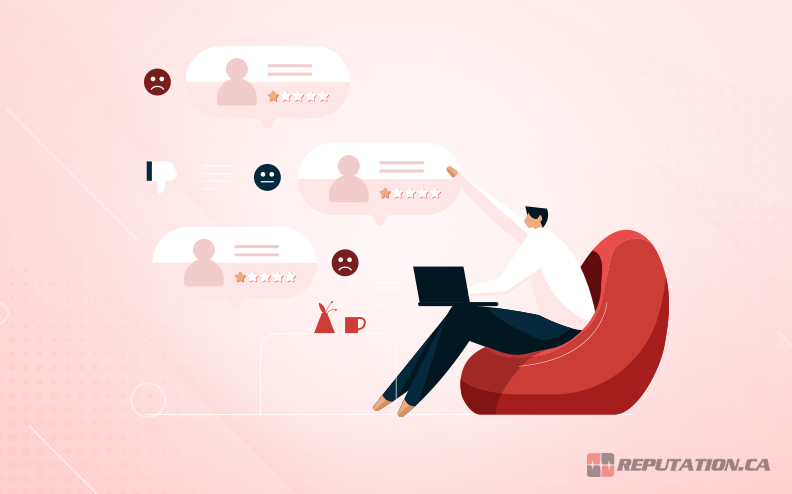 In other words, a review bomb is a case of mass reviews, typically negative, all focusing on specific aspects of a business, product, or service. They have a few key characteristics: 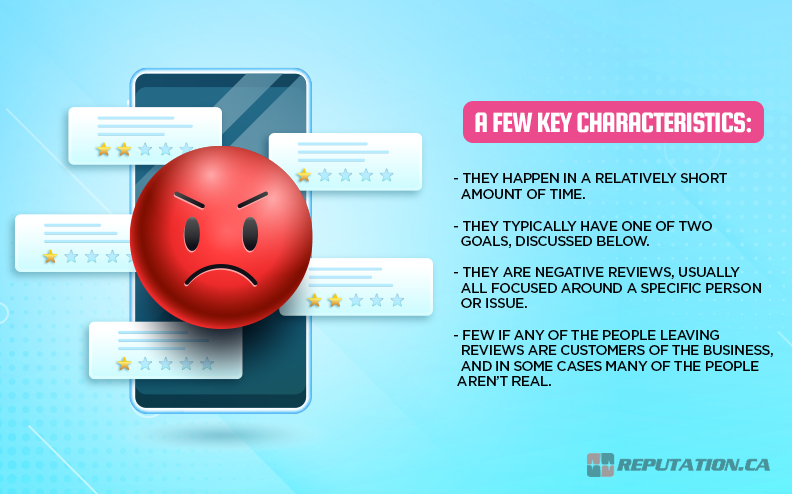 Why do review bombs happen? There are typically two reasons for it.

The first reason is that a scandal, political issue, or other cultural issue has been discovered. For example:

The second reason why a review bomb might happen is a jilted ex-employee, ex-customer, or competitor wants to suppress your brand. While it’s less common these days, this used to be the most common form of review bombing.

The best way to deal with a review bomb is to prevent yourself from becoming a target in the first place. Making sure that you don’t condone or allow employees to be openly racist, avoiding making corporate-level decisions that harm the environment or go against high-profile activists, and avoiding well-known technologies people hate (such as intrusive DRM, cryptocurrencies, or exploitative business practices) are all good ideas.

Unfortunately, there’s no clear list or line to be drawn. Review bombs are essentially the negative version of going viral, and they are just as unpredictable and challenging to deal with. There’s also no way to entirely prevent them or insulate yourself from them. In some cases, you end up in a “damned if you do, damned if you don’t” kind of situation. Taking a stance on an issue can alienate and anger people on one side or the other, and even refusing to take a stance can anger people who are aggressive with that cause.

If your business is currently being review bombed or is just coming out of the tail end of a review bomb, what can you do to recover?

Step 1: Determine the Root Cause

The first thing you need to do once you notice you’ve been review bombed is discovering the root cause. Unfortunately, reading the reviews isn’t always going to enlighten you. Many of the people participating in the review bomb aren’t writing well-reasoned reviews; they’re writing curse-filled screeds, copy-and-pasted memes, or just “F— You” with a 1/5 star rating. The star rating is the point; their goal is to cause the algorithms that recommend you to drop you, hurting your business while building awareness and media coverage.

It’s that media coverage that becomes a great resource. Some journalists specialize in monitoring for signs of review bombs and other breaking news and will dig into it for you. They’ll interview people, aggregate reviews, and determine why your business is being review bombed, as well as potentially reaching out to you for a statement.

Your goal is to determine what the inciting incident is. Some recent examples include meat processing facilities treating their workers poorly during the pandemic, Amazon’s continued union-busting and poor treatment of warehouse workers, and various people being fired for misconduct outside of the workplace. 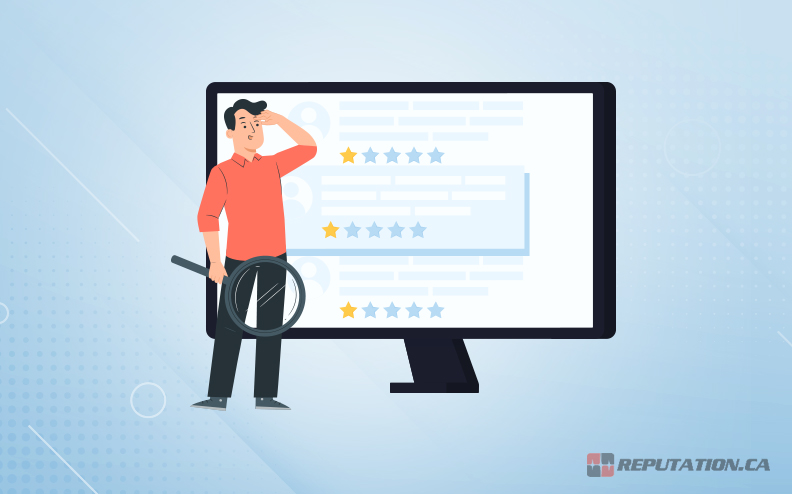 So, look for an inciting incident. Maybe it’s something intentional, like the inclusion of DRM or a partnership with a cryptocurrency company. Maybe it’s been a long time coming, like Nestle’s unethical production choices in third-world countries. Maybe it’s the conduct of an employee or executive.

If you can’t seem to locate an inciting incident, you may be being review bombed by an angry employee, customer, or competitor. These are harder to track and diagnose because they don’t have media coverage as a goal. Their goal is simply to tank your reviews. They are also much harder to recover from because these bombers tend to put more effort into making their reviews seem legitimate, so they’re less likely to be deleted.

Regardless of the actual cause, determining the cause is your first step.

Once you have determined the cause of the review bomb, you need to take action to minimize it. Actions can include: 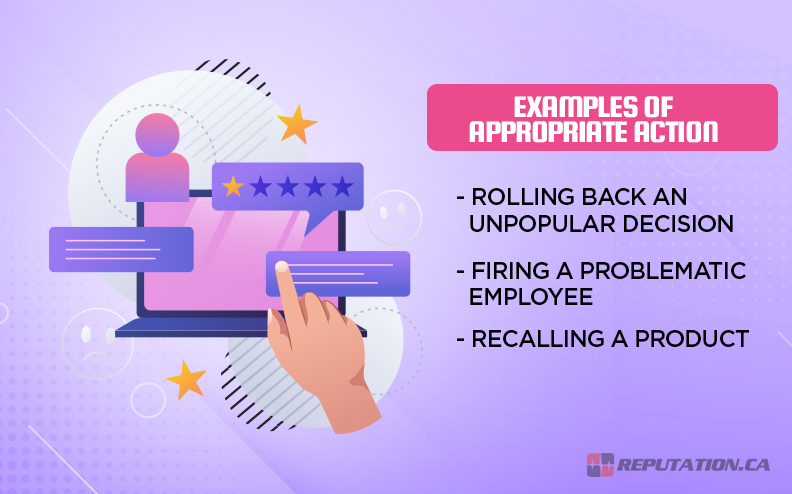 Every review bomb is going to be different in some way, and some of them are ignorable. It’s essential to know the cause, so you can determine if it’s either a massive social outcry or just a few angry people using bot scripts to mass post reviews.

For example, typically, when a business is being review bombed for being “social justice warriors” or for “cancel culture,” it’s a small community of angry bigots spurring on the review bomb. Conversely, when the review bomb is calling out a racist employee, it’s usually a much larger group of people leaving more serious reviews.

How your company positions itself within the political and social climate of your area is of concern. You don’t want to alienate your audience, no matter who your audience is. However, angering a small but vocal subsection of an audience can be beneficial when it attracts a larger but quieter audience.

Once you know the reason and have taken action to address it, it should halt any ongoing review bombing in its tracks. Once that has been taken care of, all that’s left is to clean up the fallout.

The first step of cleanup involves finding all of the platforms where you’ve been review bombed. Typically, a review bomb will focus most of its efforts where it can be most visible. Facebook, Yelp, Google, Steam, MetaCritic, and other major industry platforms tend to be the most influential. However, review bombs can trickle out into other review aggregators, so it pays to dig through Google search results and see what sites come up. 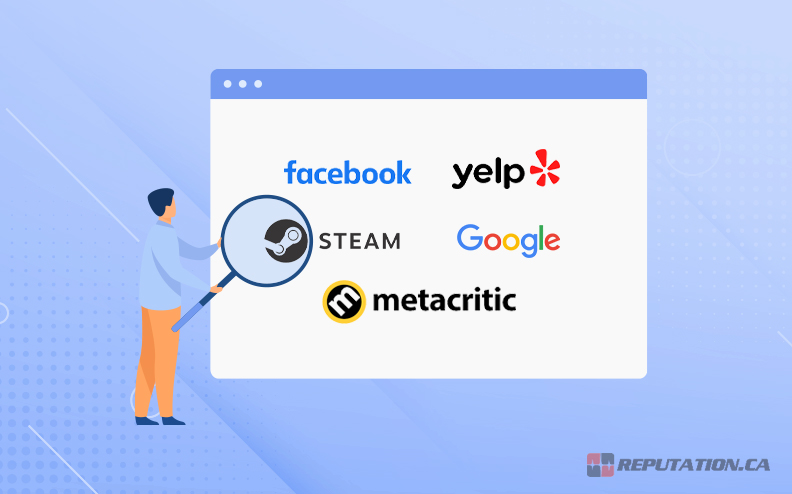 Make a list of the affected platforms and decide which ones are meaningful. It’s usually better to cover all of the bases and work on all of the platforms you find, but you should prioritize the major sites where the majority of your audience can be found.

Step 4: Reach Out to Customer Service

Once you have made a list of the affected platforms, the best thing you can do is reach out to customer service. Some companies, like Yelp, have been very proactive at dealing with review bombs. Others, like Google, have been flaky with it and only seem to act when they are coerced into it, and some like Valve try to implement systems to protect against review bombings that don’t work. 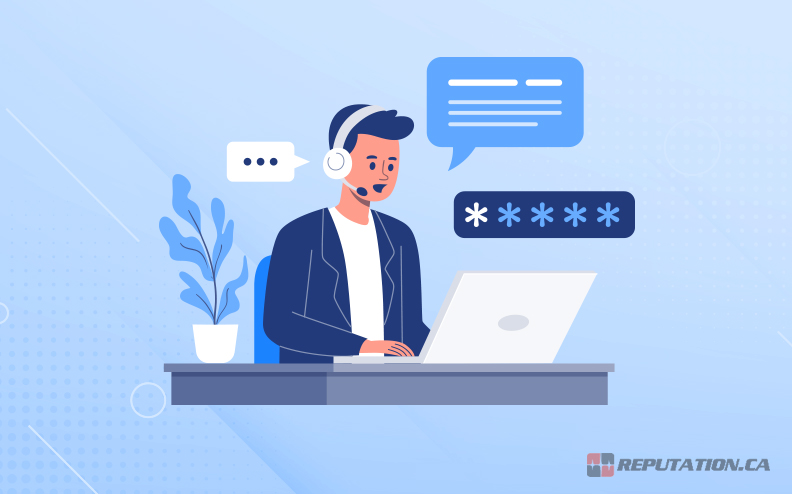 If you can reach customer service, you may be able to trigger a complete audit of your reviews, which will remove 99% of the traces of the review bomb, as well as older fake reviews. This may leave you off in a worse position than you were before the review bomb if you had fake positive reviews, but that’s a much more easily recoverable position to be in.

Almost every site that allows users to leave reviews will have some kind of process in place to flag reviews for removal. Very few do not do so, and they tend to be sites like TheDirty or PissedConsumer, which have extortionate business practices or exist solely to aggregate anonymous slander. These usually aren’t the sites you need to worry about, however. Instead, focus your attention on sites like Google, Yelp, TrustPilot, and industry-specific review pages.

Unfortunately, this will be a tedious process. Each review needs to be flagged for removal individually, so you’ll need to find each review, follow the process to flag it, and continue until as many of the false reviews are flagged as possible. Then, you have to wait for the site in question to process and remove the reviews and hope that they remove them. 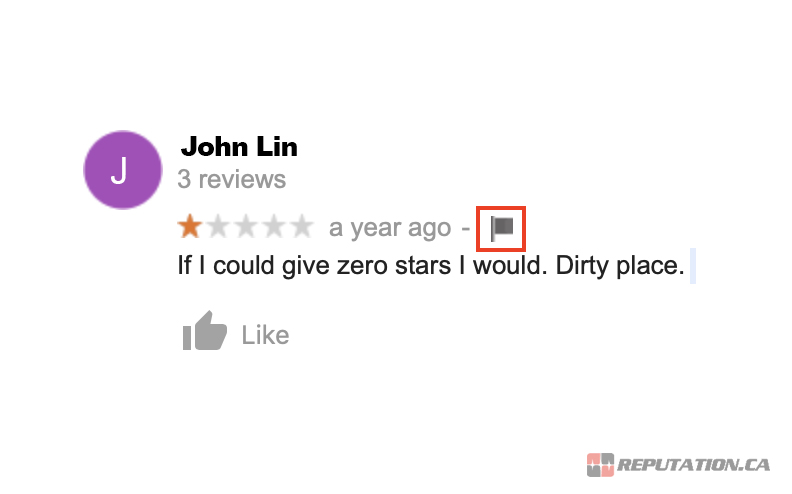 We have guides for several of these sites, such as TrustPilot and Google. Feel free to check those out if you want specific instructions for handling fake reviews on those platforms.

This is fine when you’re dealing with a few dozen or a few hundred reviews, but a review bomb can leave you with thousands or tens of thousands of fake reviews to deal with. Luckily, there’s an alternative. 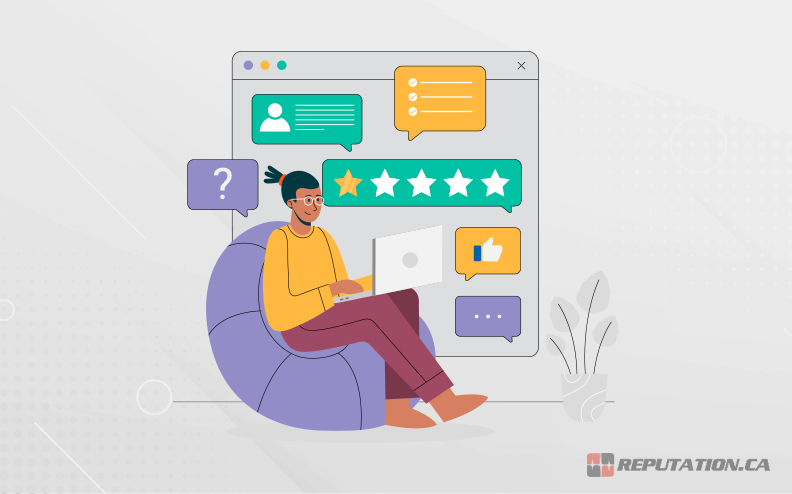 A reputation management company can do all of this for you and more. For example, we can audit your existing reviews, submit bulk removal requests, and establish a reputation monitoring system to notify you if more suspicious reviews come in. We can also take steps to solicit more legitimate, positive reviews, to counteract the negative reviews and help rebuild your reputation.

You have better things to do with your time, and dealing with the aftereffects of a review bomb is more stress than you need. Concentrate on running your business, solving root issues, and making things better for everyone. We’ll handle the reviews, reputation, and monitoring for you.

If you have any comments, questions, or concerns about review bombs or anything similar, feel free to reach out at any time!

Is It Possible to Remove Public Records from The Internet?

Ungoogle Yourself: Is It Possible to Remove Your Name From Google?

How to Manage Your Reputation by Setting Up Google Alerts

What Are Reputation Management Consultants and Are They Worth It?

How Much Do Defamation Lawsuits Cost in Canada?