How to Use Twitter for Reputation Management (and What to Avoid) 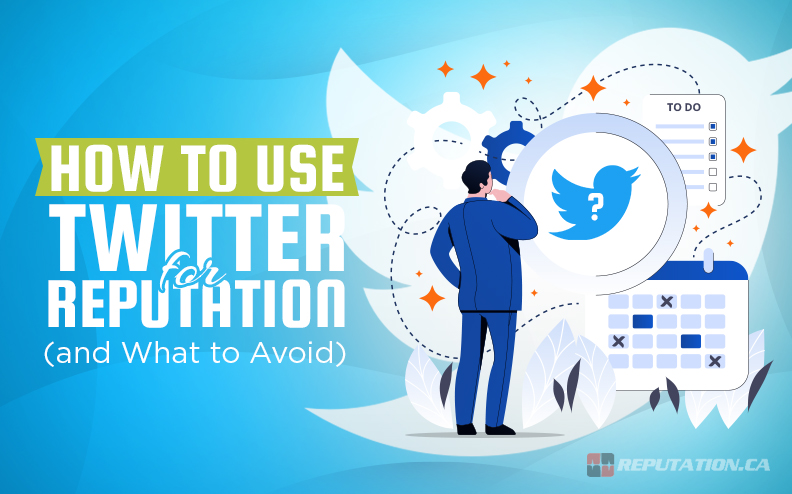 Twitter is one of the most prominent venues for people to view your brand. With hundreds of millions of users, people will be talking about your brand, whether or not you have a presence on the site. It’s your job to monitor what they’re saying and sculpt your reputation. That’s the essence of reputation management.

Twitter can be beneficial, but it can also go terribly wrong.

To use a very recent example, take the case of Volkswagen. April Fool’s Day is a day notorious for pranks and light-hearted japes, and businesses often try to use it as an avenue for user engagement. VW planned just such a joke this year.

Things didn’t go quite as planned. First of all, VW accidentally published a tweet about their impending name change (to ‘Voltswagen’) as a way to promote their electric vehicles. They published this several days early, likely when they were setting up the social media campaign for April 1. Unfortunately, this “leak” was picked up and broadcast as news. As a way of performing damage control, VW spokesmen said no, it’s not a joke, so people took it seriously.

In today’s landscape of worry about the climate, with VW’s history of blatantly disregarding emissions regulations, this shift to electric vehicles as a focus was seen as a good thing. VW’s stock price shot up, people had renewed confidence in the brand, and things were looking up.

Then April 1 rolled around and it was revealed to be a joke, poorly timed and poorly managed. Confidence was shaken. People are disgusted at the company’s lack of dedication to emissions management. And, of course, the name change was never real in the first place. On top of this, it’s entirely possible that the SEC will get involved, investigating how intentionally this was used to pump and dump stocks as a form of financial fraud. 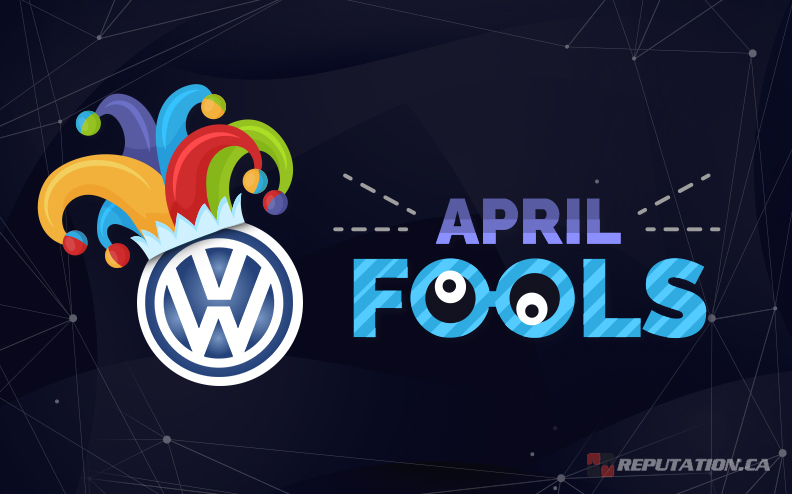 This is exactly the kind of reputation disaster you want to avoid when using Twitter. Now, this wasn’t solely a Twitter event, and it’s much larger in scale and scope than your usual Twitter gaffes. It’s still an object lesson on what not to do.

You can’t manage a reputation if you’re not present in the system. The first thing you need to do is register a Twitter account for your brand. A simple, clear username, display name, profile picture, and banner image are all required. Create a pinned tweet with information about your brand as necessary. If possible, try to get your brand verified. 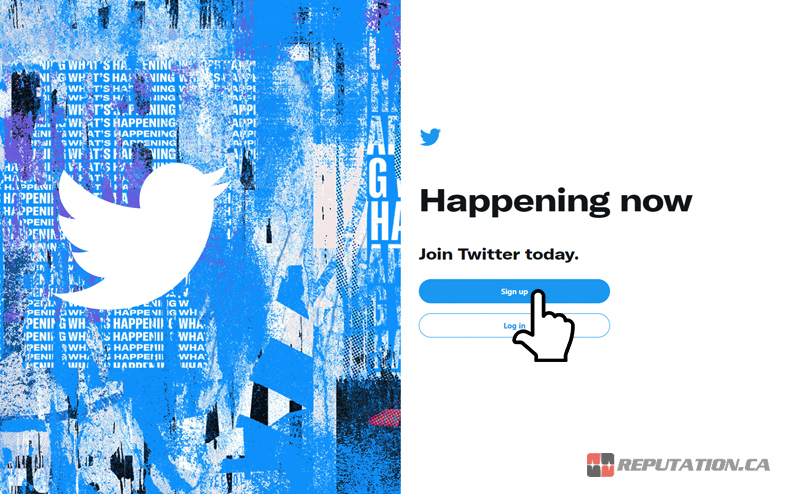 While you’re at it, do a Twitter search for your brand name and look to see if there are any accounts impersonating you. It’s relatively rare, but it can happen, and you want to deal with them as much as possible. Be sure to recognize the difference between a light-hearted parody account and a malicious scam account; the parody accounts are fine, and can even be both amusing and an avenue for more engagement.

Make sure your account is active, not just in replies and DMs, but on visible tweets as well. Tweet several times per day, on a consistent schedule. Inconsistency can make your account look inactive, which hurts your ability to manage your reputation. The exact Twitter marketing strategy you use varies (here’s a guide for one option) but you should have something in place. 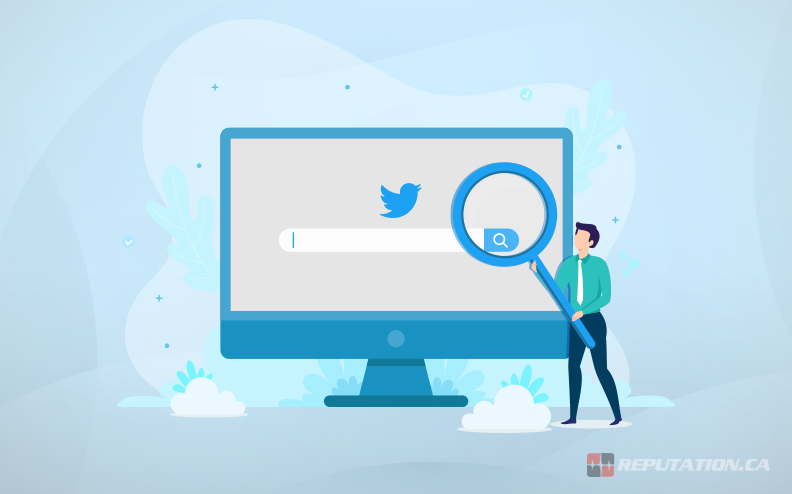 One of the greatest strengths of Twitter is its utility as a customer service channel. It’s also a great way to work on your reputation. A combination of keeping your DMs open and actively responding to replies and mentions can establish you as a source of service. Don’t just refer to people to your website’s channels, have a dedicated rep or team monitoring Twitter and capable of addressing issues. Fast response time and satisfactory resolutions are important here. 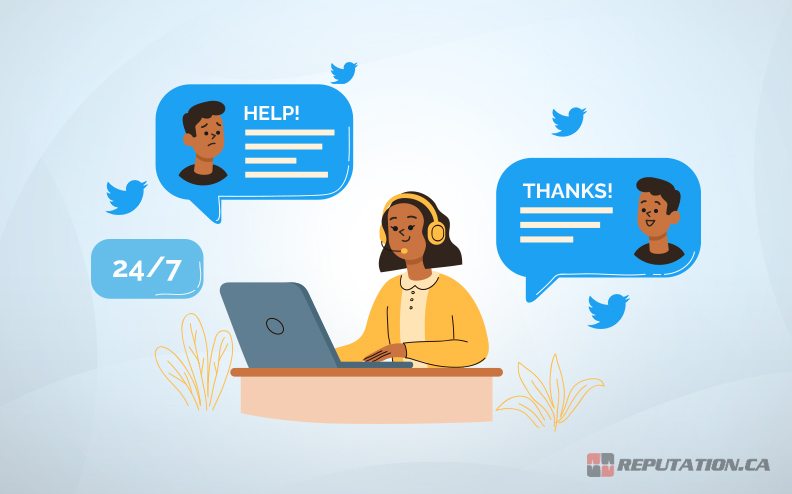 It’s important to have humans, not bots, monitor and respond to customer inquiries. Otherwise, you have issues like Amazon’s recent bot swarm replying to every mention about mistreated employees, or even company bots responding to jokes as if they were real.

Make sure that your customer service team is empowered to actually solve issues, as well. If you’re using them as little more than a glorified answering service for your real support team, you’re not using Twitter well enough for it to be a viable customer service channel.

Set Up Social Listening and Outreach 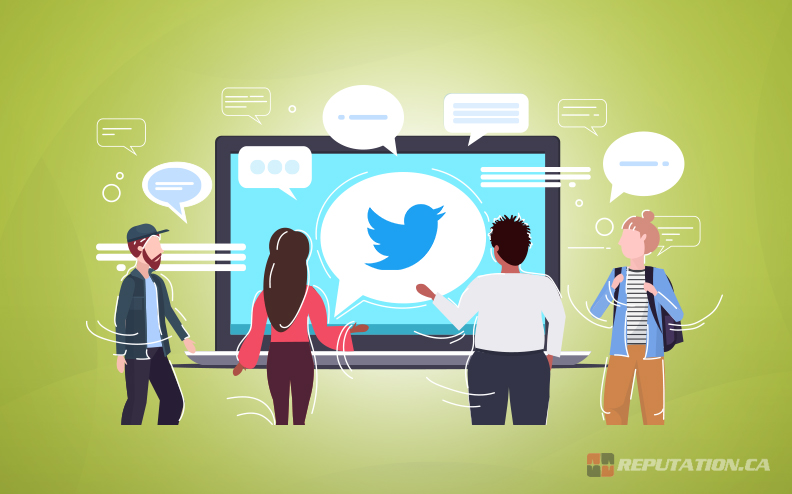 There are two ways to perform reputation management and customer service on Twitter: waiting for people to come to you and going out to find people who have problems. Social listening is important for monitoring your reputation, but it can also be a good way to find people who have problems but who don’t want to message you directly for some reason or another. Some of those people will be resistant to assistance, but others will be receptive. If you can contact them and resolve their issues, you can gain a positive reputation as a company that cares about that kind of thing.

Keep on Top of Damage Control

Sooner or later, something is going to go wrong. An executive caught in a scandal, an intern saying something bad on video, a product launch going poorly, a service outage; every company will, sooner or later, need to deal with a crisis. HOW you deal with that crisis is the core of reputation management. 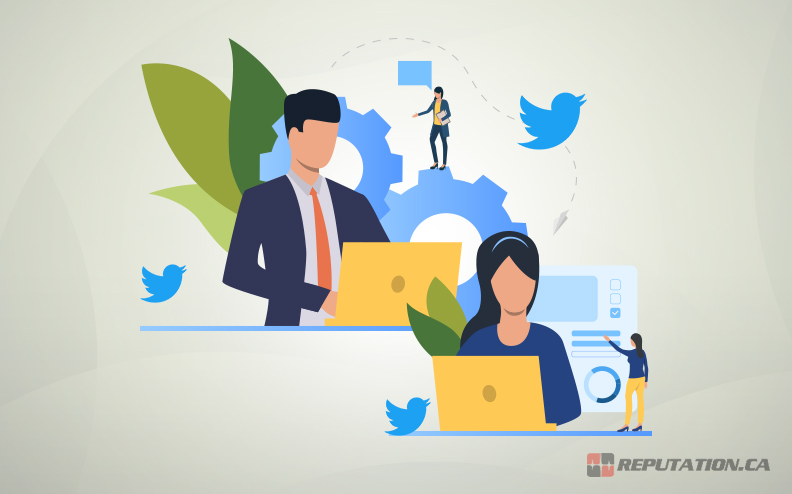 The two keys to dealing with a crisis are anticipation and damage control. Just like you should have a disaster recovery plan in the event of a catastrophe in your city or office, you should have a contingency plan in the event of a reputation disaster. Learn how to prepare statements, don’t condemn or defend anyone before investigating, and decide what the proper actions are ahead of time. The more you anticipate, the better your response will be.

Unfortunately, we live in a world rife with fake news, and it’s going to keep getting worse. Between the tendency of people to trust people they view as authorities without verifying facts first, and the ever-improving technology for deep-fakes, it’s getting increasingly difficult to trust what you see.

This leads to a lot of bad actors trying to slander people or brands they don’t like. To be clear, there are always good reasons to believe accusations, but as the public face of a brand, your job on Twitter is to be neutral until an investigation is complete, and then take appropriate action. 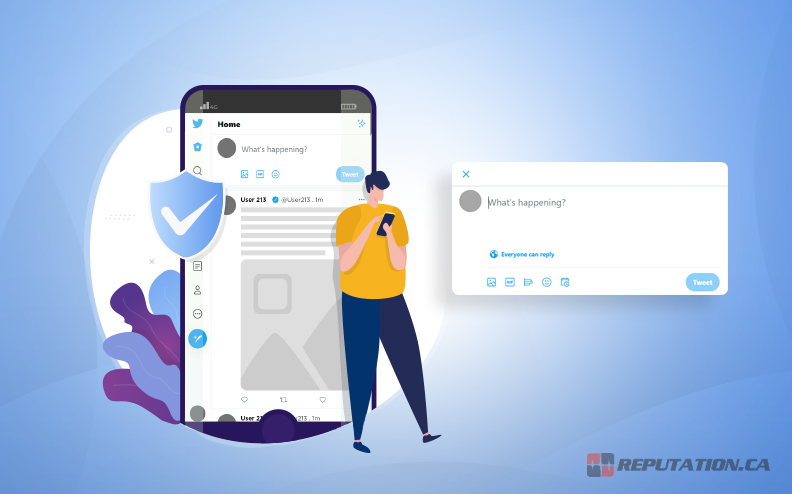 This holds true when the news isn’t actually about you, as well. A company might want to pay homage to a famous actor who passes away, but it’s not a good look to issue a tribute to someone who isn’t actually dead. Always strive to verify the factual accuracy of an event before tweeting about it. A few days of delay is better than what you lose if you’re fast but wrong.

Newsjacking is the act of piggybacking on the news to promote yourself in some way.

A good example: Duracell, during disasters, will frequently set up power stations in affected areas to facilitate running machines and charging electronics. They don’t charge for this, they don’t widely promote it, they just do it.

A bad example: Sears, during a disaster, tweeted to promote your ability to buy generators, air mattresses, and other supplies from their stores. Profiting from a disaster is gauche at the best of times. You can read more about good and bad examples here. 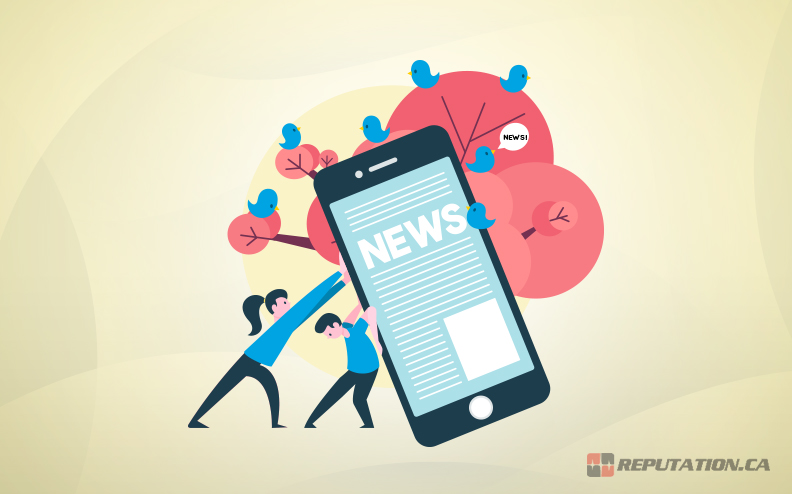 If you aren’t sure you can do it right, don’t try to news-jack. You don’t always need to be at the forefront of the news cycle to get value from Twitter, and it has the potential to go very wrong.

One of the most disastrous things you can do on Twitter is express political opinions. Of course, these days it often seems like everything has a political side to it. There’s a certain element of noise beneath every opinion or fact on Twitter, and you need to learn when to ignore it and when to engage with it. 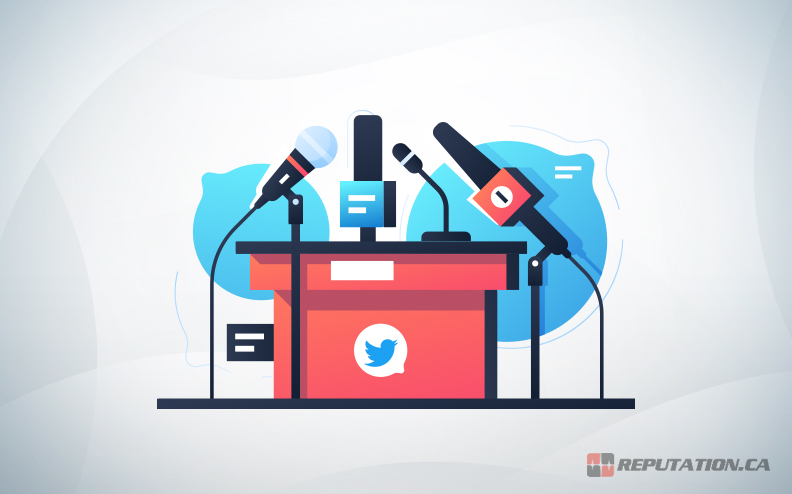 The truth is, Twitter should be for marketing, customer service, and outreach. Using it to express opinions is asking for backlash. It’s generally better to avoid discussing any contentious issues in a public venue like this. Keep your company neutral and let people discover your position from the actions you take. That’s how it really matters, anyway; tweeting that you support green energy doesn’t matter if you fund oil companies with donations, which people can discover through disclosures, for example.

Common mistakes companies make is assuming that they can sculpt their reputation by hiding or suppressing negative opinions. Some brands try to hide critical tweets, suppress them, or block the people making them. The trouble is, people can see this. Nothing posted online is ever hidden, and you can’t take back what you post. 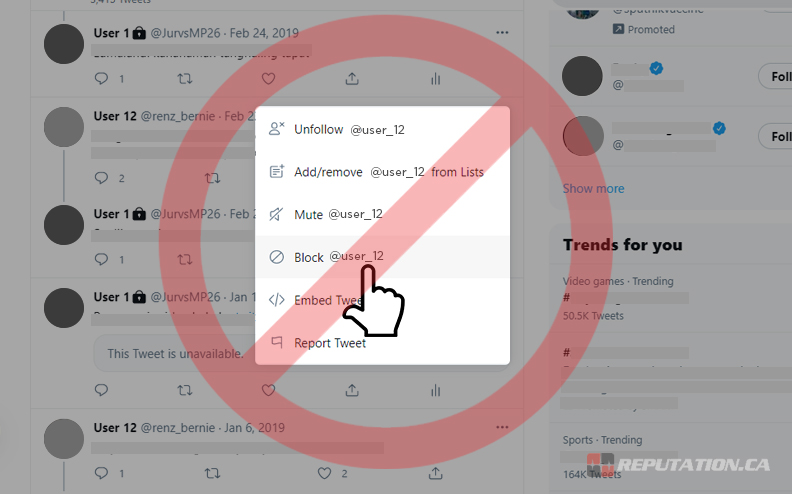 Much like negative reviews on review sites, critical tweets should be viewed as an opportunity, not a liability. They help you discover flaws in your products, marketing, or staff. They help you engage with your audience and address problems. They should not be suppressed, ignored, or hidden.

If you tweet something that incurs backlash, own it, address it, and recover from it. If you delete it, don’t worry; hundreds of people will have saved screenshots to use it against you. Nothing is ever gone on the modern internet. 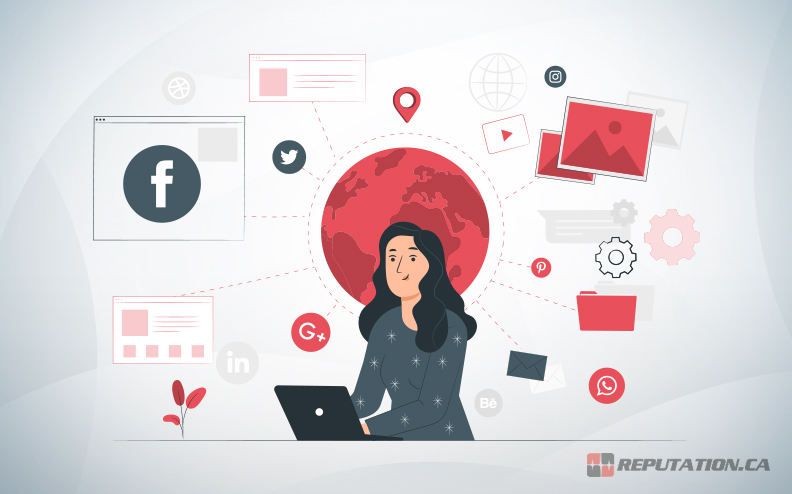 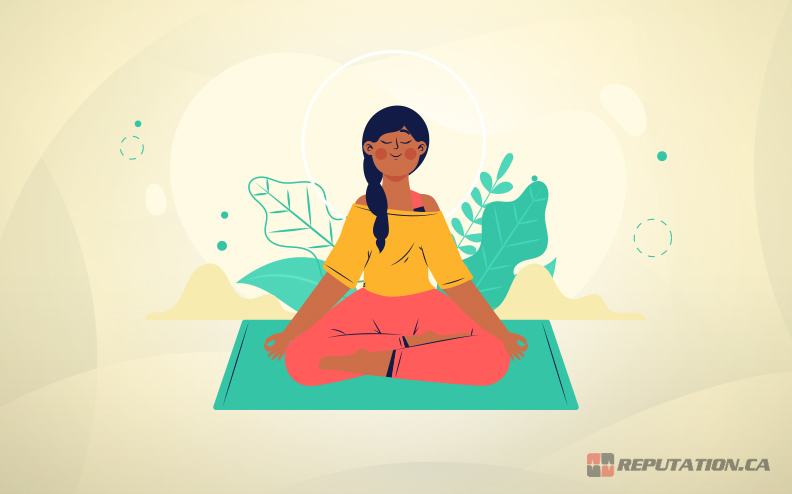 One of the most evergreen tips we can offer for reputation management is to breathe. Whenever something goes wrong, it gets the heart pumping and activates your fight or flight response. Acting in this state is almost guaranteed to have the wrong effect. Take a step back, breathe for a bit, analyze the situation, and then act. Knee-jerk reactions can do as much damage as the initial incident.

Twitter isn’t necessarily difficult to use for reputation management, but it does need to be done right. We recommend hiring a reputation management company if you can’t establish your own team to do so yourself. A good reputation management team can handle exactly what you need them to, without overstepping their bounds. They can work in conjunction or in the place of a customer service team and can help you sculpt your public face on social media. It’s important to do so; the only question is how you’re going to go about it.

Ungoogle Yourself: Is It Possible to Remove Your Name From Google?

Tutorial: Rank Your Social Media Profiles for Your Brand Name

The Rise of Google Negative Review Extortion for Businesses

The Ultimate Guide to Outranking Bad Reviews on Google