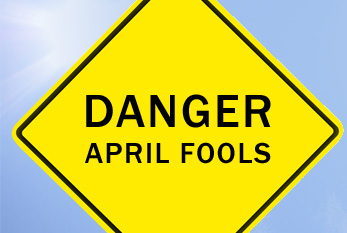 Yesterday was April Fools Day, the one day out of the year that not only accepts good-natured pranks, but encourages them.  Unfortunately, as has happened time and time again, good-natured pranks sometimes can go too far and lead to unintended, and occasionally very negative, consequences.  Think of firework pranks that have led to serious fires or fake break-ups that have accidentally uncovered truths about relationships.

The reality is that each year, some pranks get out of hand and lead to bad repercussions.

In today’s digital world, April Fools Day pranks that go bad can quickly be picked up by online media and spread online within a couple hours, even less.  In the end, one prank gone awry can lead to terrible consequences for the prankster’s online reputation.

1. The Manchester Police in England.

The police are not usually known for their April Fools pranks, especially ones that involve their relationship with the public.  There’s probably a good reason for that, as the Manchester Police discovered yesterday.

Yesterday, the Greater Manchester Police Radcliffe department decided to prank the public by staging a vote for the release of prisoners.  As tweeted by the Manchester Police, those prisoners who had the most votes would be released from prison.

If your campus had just experienced unrest as a result of a violent arrest of a black student by white officers, that campus would probably want to stay clear of pranks that have anything to do with race and ethnicity.  Unfortunately, the Cavalier Daily, University of Virginia’s student paper, didn’t seem to understand why it wouldn’t be in their best interest to make off-coloured racial jokes in their April Fools edition.

Many didn’t see the sense of humor when they read the following headline in the paper yesterday, “ABC agents tackle Native American student outside Bodo’s Bagels”.  Or this tagline, “Students decry ‘Trail of Schmears’ as marginalization of minorities reaches new low.”  All to say, anger over the newspaper’s April Fools edition spread quickly on the internet and forced the Cavalier Daily to issue a formal apology.

Linebacker Bruce Irvin provides our last example of April Fools jokes gone bad this year.  There are certain subjects that make prime picking grounds for pranks.  Drinking and driving is not one of them, as Bruce Irvin quickly realized after he prank tweeted yesterday that he had been caught drinking and driving.  His tweet sparked a quick outrage online and forced Irvin to issue a public mea culpa.

One of the common elements in the majority of these bad pranks is that they involved inappropriate tweets. It reminds us that when you are Tweeting a message, it’s public and can be quickly re-tweeted to hundreds, if not thousands of people.  Always think through your post before hitting that Tweet button.